Protracted trade tension between the USA and China has hit the bottom lines of ports and terminals active on the US West Coast. Predicting how volumes will develop in the coming months is proving difficult. 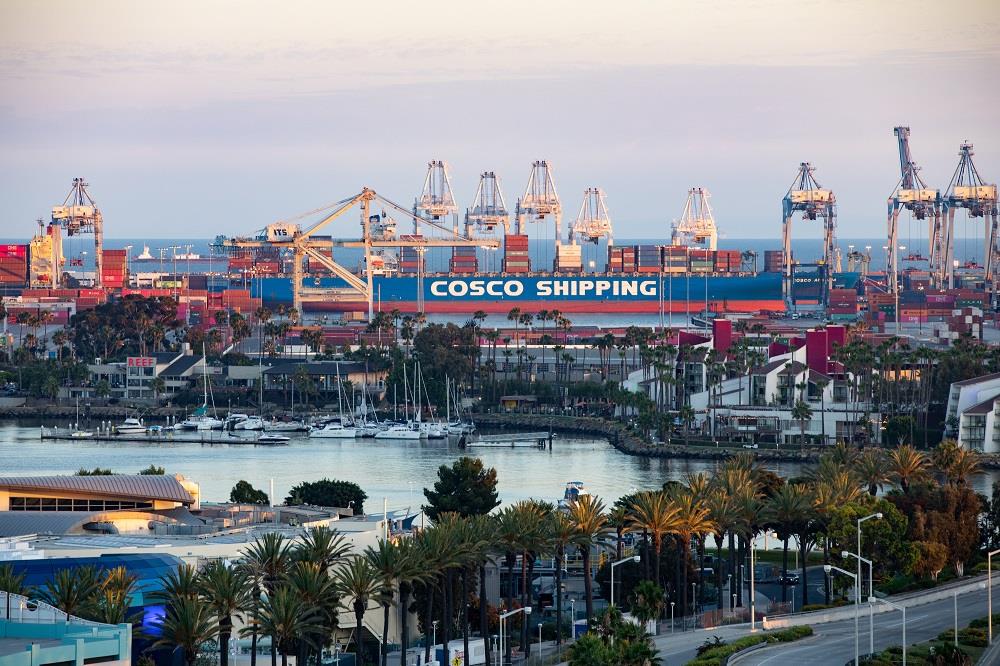 The port of Long Beach in California is feeling the effects of the ongoing trade war between the USA and China as cargo volumes drop.

“The trade war is hitting the West Coast hard,” said port of Long Beach executive director Mario Cordero. “For more than a year, the supply chain has bent under the weight, and there is very little give left. If the tariffs continue and escalate as planned next month, American consumers could see higher prices during the holiday season as businesses pass along their costs.”

Earlier in August, US President Donald Trump announced that an additional 10 percent tariff would be imposed on Chinese-made goods effective September 1, 2019. Following this statement, the Northwest Seaport Alliance (NWSA) – formed of the ports of Seattle and Tacoma – said that two-way trade with China through the gateway is down 11.75 percent for the period through end of May, compared to the previous year.

Port of Seattle commission president Stephanie Bowman added: “Without any clear indication that additional tariffs will lead to productive outcomes, the USA is simply throwing good money after bad by imposing these increased costs on domestic businesses and consumers.”

Clare Petrich, commission president for Tacoma, continued: “The NWSA has been clear and consistent in our messaging on this topic. We support a balanced trading relationship with our global partners but are deeply concerned that the imposition of tariffs leads only to increased costs on US businesses and consumers without any long-term strategic benefit.

“This newest imposition of 10 percent tariffs on essentially all remaining Chinese imports will create economic harm to our state’s employers, workers, residents, and international partnerships.”

Elsewhere, however, the port of Oakland enjoyed its busiest month for containerised import cargo in the port’s history. In July, the port’s import volume crossed the 90,000-container threshold and surpassed its old monthly record of 87,207 containers set in June 2018.

According to the port, July import volume was up 7.5 percent from the same period a year ago and attributed this gain to strong US consumer demand.

“This is the fourth time import volume has increased in the past five months,” explained port of Oakland maritime director John Driscoll. “This demonstrates the continued strength of the US economy and consumer purchasing power.”

The July figures were announced just days after the Trump Administration suggested that it would impose new tariffs on Chinese imports.

The port said it would not predict how these levies might affect Oakland trade volumes but added that its total cargo volume for 2019 is up 3.1 percent despite the lingering trade war. While its outlook is optimistic, the port did concede that the trade conflict makes estimating future cargo volume difficult.