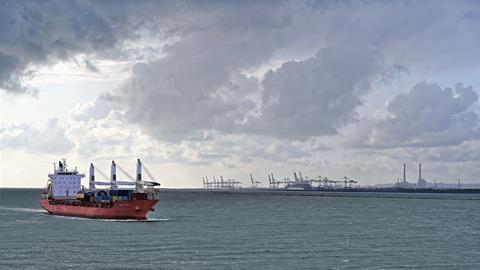 Project logisticians and carriers active in Africa are benefiting from the protracted uptick in oil prices. The high-price environment has encouraged exploration activity. Furthermore, continuing demand for power and improved infrastructure is contributing more project cargo – and the market is overheating.

Recent developments in Europe have forced countries to diversify energy and commodity supply lines, according to Harald Maas, director at UAL.

“The Western world is looking for alternative suppliers for their energy needs. West Africa is one of the areas with still a large potential of untapped energy reserves.

“We serve the whole coast of West Africa and we do expect drilling activities to increase due to the current climate,” said Maas, who is also seeing an uptick in the Mediterranean. UAL recently launched a new service covering this area.

Crude prices have been a blessing, and a curse, for vessel owners/operators. With prices elevated, oil and gas exploration activity in Africa has risen from the dead and “we clearly see this market picking up again in Africa… we are seeing a lot of cargo being transported.”

Concurrently, with high oil prices come inflated bunkers. “It is good for us that the oil and gas industry is increasing production but, on the other hand, when we see the bunker prices we have to pay it can make you cry,” said Hollnagel. Passing on the entirety of this cost to shippers is unfeasible.

An issue not discrete to Africa is a lack of tonnage. Hollnagel said that all tramp vessels have left the West African market. With a surplus of cargo, low-value commodities are finding it hard to secure space for transit.

“Six weeks ago, I thought the market would calm down a little,” he said. That position has now changed on the back of further lockdowns on Shanghai and a continued shortage of container vessels. He expects the market to stay at this level for at least the remainder of 2022. “A lot of MPP ships continue to be used for container shipments. Liner services are chartering out MPP vessels to container carriers.”

BOCS has benefited from owning its fleet of multipurpose ships, which has allowed it to maintain services to clients – something that not all lines running chartered tonnage have been able to do. Some lost their vessels when the charter market picked up, forcing services to close.

BOCS was able to add a multipurpose ship to its roster at the end of last year. While he noted that it can be unwise to buy at the top of the market, “there are still some opportunities available”.

Maas shared similar sentiments: “The market is still very much overheated. Demand far exceeds supply. We expect this to remain for at least the rest of the year, and beyond.”

UAL plans to continue with its long-term strategy of careful investments to increase its fleet and to add further heavy lift capacity.

“We have recently added another 12,744 dwt heavy lift vessel to our fleet, UAL Manitoba,” he said. “Within our group we have the oil and gas terminal in Malabo, Equatorial Guinea – K5 International. As this port is also a free zone, this gives us a lot of flexibility to use this terminal as a hub, or temporary storage in case of any sudden disruptions in our part of the supply chain. This is an advantage we have over other shipping lines, and we have used this many times in the past to our clients’ advantage.”

A constant request by cargo owners is for greater transparency across the supply chain – never more so with rates at record highs. “Rate hikes are always difficult to accept, but when we sit down with them, and discuss face to face that vessel charter hires have increased fourfold, they can at least understand why we are forced to raise shipping rates,” said Maas.

Russia’s invasion of Ukraine is also having a marked impact on the African market in general. BOCS has been unable to employ some of its Ukrainian seafarers, as they are unable to leave the country.

Moreover, wheat supply has become a major concern – Russia was a large supplier to the continent and prices have increased 3.5 times since the start of the year. In many West African countries, the price of bread is determined by the government, and many are having to pass the cost on. “You can imagine – this is a big issue for the people of Africa,” said Hollnagel.

This article has been taken from HLPFI’s May/June 2022 edition.