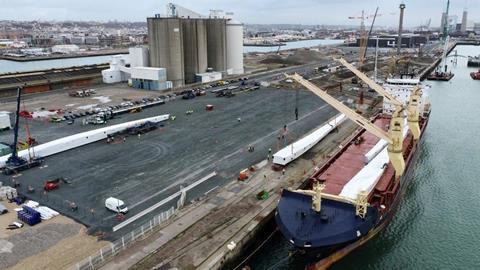 In addition to the sea transport, the project included transfer of cargoes from SGRE’s warehouse in Aalborg to the loading quay, loading onboard the vessels in Aalborg and discharging in Le Havre.

The cargo was shipped in three lots. The first shipment departed onboard the vessel Miena Desgagnés at the beginning of December 2021. The following shipments were transported onboard Symphony Space during January 2022.