The UK’s National Highways is closing the M53 later this month to facilitate the transport of the main module of the country’s first hydrogen-ready furnace. 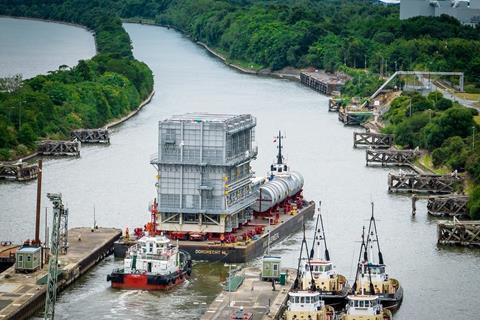 The furnace will be moved to Essar Oil’s Stanlow refinery near Ellesmere Port in Cheshire. The refinery is located on the south bank of the River Mersey, flanked on its west by the M53 and M56 to the south. The largest module of the furnace measures 26.5 m x 18.5 m x 14.2 m and has made its way to the UK from Thailand. It arrived at the port of Liverpool in June and was transferred to a barge for transport along the Manchester Ship Canal and onto a holding bay near National Waterways Museum at Ellesmere Port.

On August 13, it will make its way along the M53 – straddling both the northbound and southbound carriageways – for delivery to the Stanlow site. 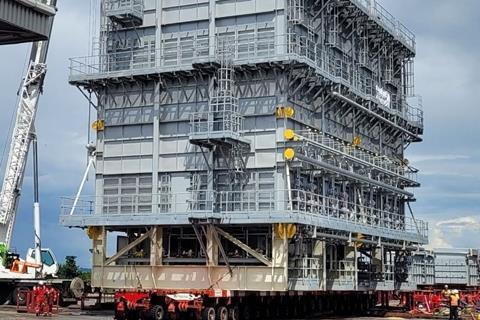 Stewart Prentice, head of projects at Essar, added: “The new furnace is one of the largest objects ever to be moved on UK roads and key to Essar’s strategy of transitioning to being a low carbon energy provider at the forefront of decarbonisation in the Northwest.”