BWS' contract with Keppel gets under way

October 25 - Blue Water Shipping has transported two pontoons from the Philippines to Singapore, as part of a contract with Keppel FELS.

Earlier this year, BWS signed a contract with Keppel for the heavy-lift transportation of six semi-submersible rigs, one more than reported by HLPFI on February 21, 2013.

After Keppel had launched the pontoons into the water, BWS arranged the tug boats to tow the pontoons from the waterfront to the anchorage position where the vessel was ready to receive its cargo.

The pontoons make up the basis of the 10,500-tonne lower hull, which is 108 m long, 73 m wide and 25.75 m high, and is scheduled to be transported from Singapore to Brazil on the Dockwise Vanguard at the end of this year.

The completion work of the rigs will be executed at the BrasFELS shipyard in Angra dos Reis, Brazil. 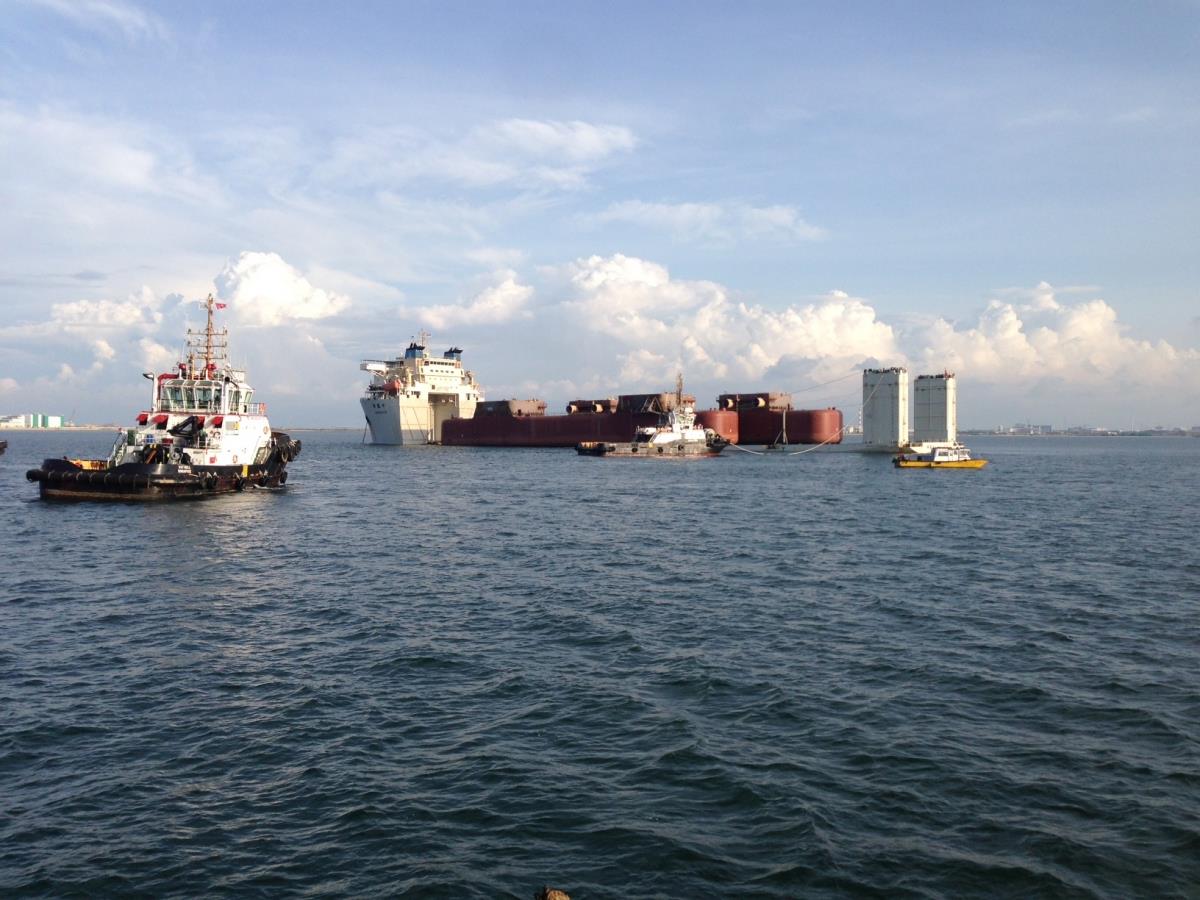