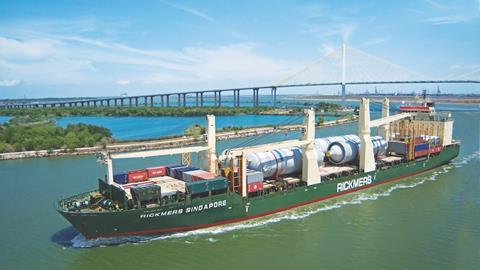 ​On the ocean: Environmental matters

December 12, 2015, heralded a significant step towards lowering global greenhouse gas emissions (GHG) with the signing of the Paris agreement on climate change.  As part of global eﬀorts towards combatting climate change, environmental concerns have led to an increased focus on regulations in the shipping sector.

The International Maritime Organization’s (IMO) ballast water management (BWM) convention - which requires that ships manage their ballast water to remove, render harmless, or avoid the uptake or discharge of aquatic organisms and pathogens within ballast water and sediments - came into force during 2017, but has subsequently been delayed until 2019.

Speaking to HLPFI in 2016, Alfa Laval estimated that shipowners will spend EUR12 billion (USD13.4 billion) on the installation of ballast water management systems.

Ongoing concerns relate to uncertainty around the requirements for ballast water treatment systems and whether those compliant with the IMO convention will also comply with US ballast water regulations.

In 2015, new legal requirements came into force in North Europe and North America, lowering the maximum allowed content of sulphur in fuel burned in the emission control areas (ECA) to 0.1 percent from the previous 1 percent.

In 2016, the IMO finally made good on an agreement to cap sulphur levels, by confirming a cap on the sulphur content of marine fuels sold around the world at 0.5 percent by 2020.