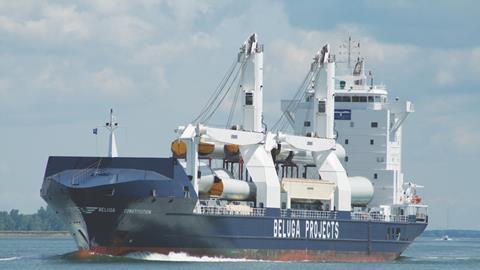 On the ocean: Financial meltdown

“Back in 2007 business was good in project cargo,” said Martin Lanting, founder of diversified brokerage 24Vision, based in Rotterdam. “Everything was at record levels, and the oﬀshore energy business was at big numbers. Oil was creeping up to USD100 a barrel and everyone was very excited. Until October 2008. After the demise of Lehman Brothers and the financial crisis, everything dropped dramatically, almost overnight.”

He added: “At the time I predicted that the crisis would last ten years because so many things in finance and shipping had been pushed to the limits. and that is exactly what we all saw.”

One big shift, Lanting added, is the new emphasis on cost control in vessel capital formation for project cargo. “In 2007 and earlier, banks were very enthusiastic about heavy lift ship financing. Since then they have been hurt by ship economics. There was a tremendous eﬀect on shipping in the sector from the financial crisis and the business is still not back to where it was before.”

Fulvio Carlini, chairman of the chartering and documentary committee at the Federation of National associations of ship Brokers and agents (Fonasba), recalled that “banks were willing to lend up to 80 percent or 90 percent of the value of a vessel, it was like the real estate markets in the USA”. As a result of the financial crisis, ship builders and owners are now having to look at other sources of capital beyond banks.

“We are seeing lease construction and even public oﬀerings,” said Lanting. “The Chinese shipyards have put up a type of leasing structure that enables them to build ships. That sort of thing has been common in aircraft, but is new coming into ships. The problem remains, however, that the amount owners can recover today from operating does not support new ships.”

Carlini at Fonasba is sanguine. “Today ship owners have been obliged to change their attitudes and spend less. They are looking for every saving after the losses of 2009-2012. And in some cases they have started to make progress. The employment of ships is up again, and newbuilds have almost stopped. There are still some scrappings and the market is slowly moving toward balance. we’re not there yet but we are out of the worst excesses.”