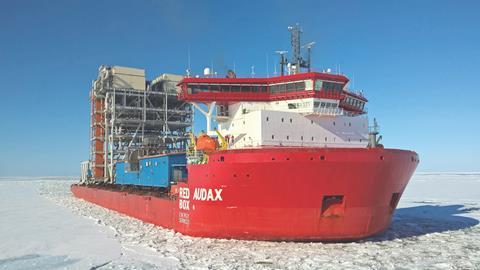 ​On the ocean: Red Box weathers the storm

One company that has been weathering the storm in the shipping sector is ZPMC-Red Box energy services, which founder Philip Adkins attributes to the company’s commitment to changing the business model under which logistics contracts that underpin major energy infrastructure projects are won.

Adkins says that he was already predicting the eventual failure of the spot market in the heavy lift sector back in 2007, which is why his previous company, Fairstar decided to focus on securing high-value, long-term and multi-voyage contracts. along with his team, that meant focusing on gross margins, not market share.

He says that approach was key to Fairstar winning the heavy marine transportation contracts for the Ichthys and Gorgon LNG projects in Australia. he added that Red Box looked to carry on from where he had been forced to leave oﬀ when Fairstar was subject to a hotly-contested takeover by its bitter rival, Dockwise.

“We intended to continue to focus on premium customers with high value engineering projects, requiring state-of-the-art vessels, which would need major capital investment,” he said.

“Over the last ten years, no-one has built a greater number of semi-submersible ships and special purpose module carriers for the heavy lift sector.

“Red Box won a large proportion of the module shipping work that would be involved in the Yamal LNG project by winning the trust of the contractor. That is all about reputation for service and delivering on promises.” Red Box became an instant success in a sector with significant barriers to entry. With USD500 million of firm contracts and 100 percent utilisation of its fleet, it is in the enviable position of having a predictable and highly profitable earnings horizon for the next three years.