Last week, Saudi Arabia announced that it was reopening its land borders with Qatar, marking a major step towards resolving a three-year diplomatic crisis that saw the latter’s neighbours sever ties and suspend all land, air and sea links. 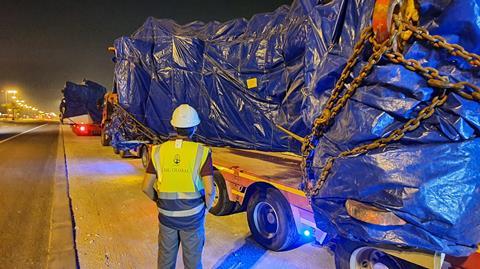 Last week, Saudi Arabia announced that it was reopening its land borders with Qatar, marking a major step towards resolving a three-year diplomatic crisis that saw the latter’s neighbours sever ties and suspend all land, air and sea links.

Despite these promising developments, full reconciliation is still a way off; industry commentators suggest that the rift between the UAE and Qatar is far deeper than the other nations involved in the blockade, for example.

Nevertheless, Qatar has emerged from the crisis seemingly unaffected, certainly with regard to the country’s project logistics industry. As HLPFI reported during 2020, the political impasse had ramifications on trade lanes, but challenges were quickly overcome with new sourcing strategies.

In HLPFI’s upcoming January/February 2021 report on the Middle East Gulf, a number of leading executives pinpointed Qatar as one of the region’s most promising countries. The North Field expansion and ambitious LNG goals, robust infrastructure activity relating to the FIFA World Cup, and its first large-scale solar power plant are all providing opportunities for project logisticians.

Improving diplomatic relations will surely be welcomed by the region’s project cargo sector, especially those looking to benefit from Qatar’s resilient project pipeline.

For industries and companies that are dependent on intra-GCC trade routes, previous supply chains that suit their specific requirements can be restored, potentially providing a more cost-effective way of shipping cargoes to and from Qatar.

Manssoor Ghanim, managing director of JSL Global Qatar, said: ‘‘The industrial sector of Qatar has used the blockade as an opportunity to diversify and expand local production wherever possible.” He believes that this resolution will give companies operating in other countries more confidence in doing business with Qatar too, especially considering its logistics infrastructure and upcoming free zones like Ras Bufontas, Umm Alhoul and Hamad sea port.

Indeed, Hamad port played a pivotal role in the handling of heavy cargoes; the deepwater port enabled Qatar to receive much larger cargo ships than in the past, with a number of major shipping lines, heavy lift and ro-ro vessel operators calling there directly.