August 19 - Royal Boskalis Westminster (Boskalis) realised a net profit of EUR147.5 million in the first half of 2016, less than half of the EUR 306.5 million it achieved in the corresponding period of 2015, with the spot market in its Offshore Energy dep

The company reported that its Offshore Energy department managed to have a good first half of the year despite market conditions and the resulting lower revenue and fleet utilisation.

Peter Berdowski, ceo Boskalis: "At the start of the year we indicated that we are experiencing stormy conditions. Falling prices of oil, gas and commodities are the dark clouds on the horizon that ultimately also affect late-cyclical companies such as Boskalis. The volume of work in the market has dropped significantly and a decline in revenue and the result is therefore inevitable.

"We foresee that the current market environment may persist for several years. We have therefore taken the necessary steps to adjust the size and composition of the fleet to this new reality. As previously announced we will take 24 vessels out of service in the 2016-2018 period and consequently have to let go of a large number of employees. These are drastic measures that unfortunately need to be taken to ensure that Boskalis remains healthy going forward."

The company added that the trends on which the Boskalis business model is based continue to apply. These relate to both global population growth and increasing prosperity. In a number of regions and markets where Boskalis is active these trends are developing less favourably in the short and medium term, making the outlook uncertain. Boskalis remains focused on market segments that show structural growth in the longer term while also providing short-term opportunities: Energy (oil, gas and wind); Ports and Climate change-related projects (coastal defence and riverbank protection).

There is a reluctance to invest in major new ports and offshore-related projects. Despite slower growth in sea freight, demand for larger and deeper ports with the associated infrastructure to accommodate larger oceangoing and other vessels with deeper drafts provides opportunities. In addition, demand for energy and the associated increase in offshore exploration and production, often in vulnerable regions, which in turn increases the need for sustainable solutions is also favorable for Boskalis. The greater focus on climate-related issues and ensuing opportunities in the field of offshore wind farm projects has created a sizable growth market with interesting projects. And one of the positive short-term consequences of the low price of oil is that old offshore oil and gas platforms are now permanently being taken out of operation and are being decommissioned.

Boskalis said the general market outlook for the coming period is expected to continue to be characterised by lower volumes of work and pressure on utilisation rates and margins.

At Offshore Energy a number of long-term contracts and work already contracted provide stability for part of the fleet, but the spot market-related transport activities and subsea services are experiencing pressure on utilisation rates and margins.

The company's fleet rationalisation programme will be implemented in the next two years. This will involve vessels being taken out of service and the loss of 650 jobs. It will also involve taking a critical look at reducing costs of the global office network.

Based on the fleet planning and work in the order book, and subject to unforeseen circumstances, the Boskalis Board of Management expects the level of operating net profit in the second half of 2016 to approach the level achieved in the first half of the year. 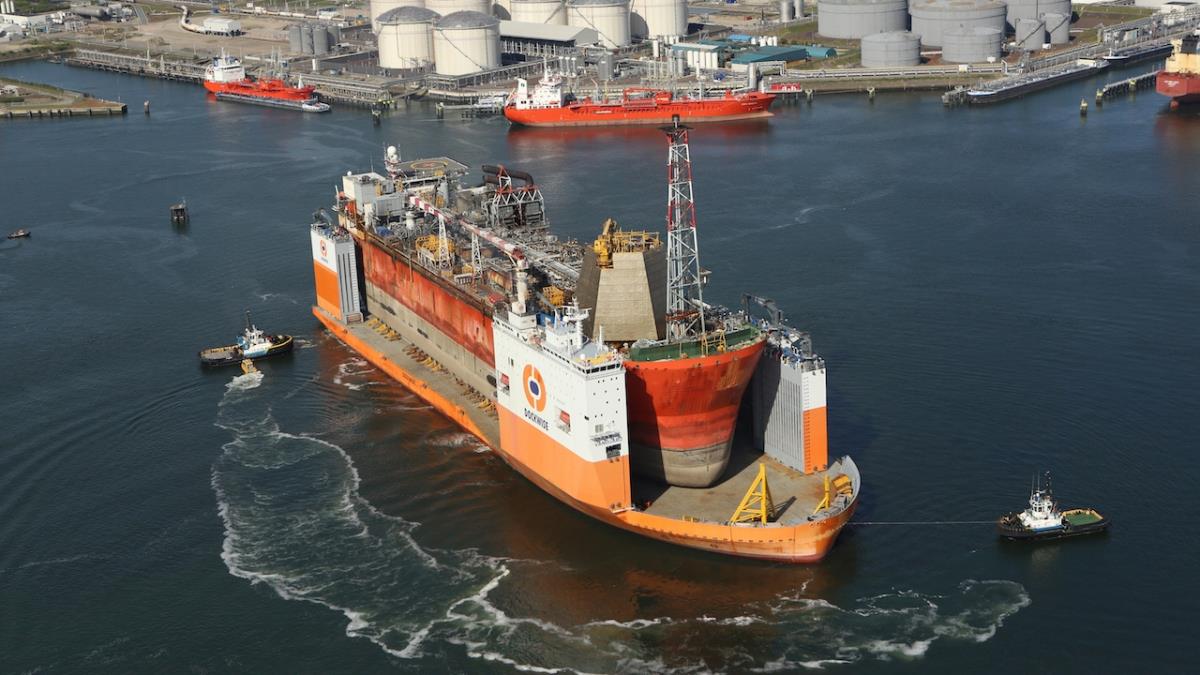