Strong set of results for Meriaura 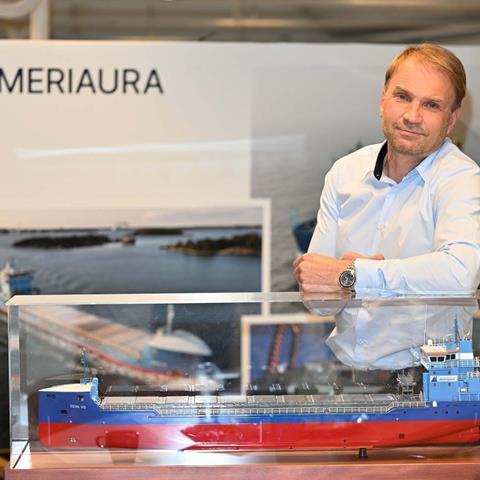 The shipping group said the third quarter 2022 result was the best summer quarter in the company’s history. Turnover increased by 50 percent year over year to EUR20.4 million (USD20 million). The net result improved to EUR3.6 million (USD3.56 million), up from EUR1.5 million (USD1.48 million) in 2021.

HLPFI reported that Meriaura took over the shipping business from the owner company VG-Shipping and the administrative business from Aura Mare. The effect of the transferred business operations on turnover this year has been approximately +4 percent.

The group’s deck carriers were well employed throughout the quarter. During the review period these ships were used to ship wind energy cargoes to Norwegian projects, and to move harbour cranes to both Iceland and the Mediterranean. Project logistics accounted for slightly less than 30 percent of the company’s turnover.

Traditionally, the demand for ocean transport is weaker in the third quarter than at the beginning of the year, which was been reflected in both freight and capacity utilisation. “Last summer too, a slight and momentary drop in demand was experienced during the holiday season, but thanks to successful advance sales and contract coverage, the ships were well employed, and profitability remained good,” said Meriaura.

Apart from the company’s main market area in Northern Europe, demand was also strong in other parts of continental Europe and the Mediterranean

As far as possible, most shipping companies try to schedule ship dockings during the summer season, and this affects the capacity. About 60 percent of the turnover in the third quarter was made up of bulk shipping activities. More than 70 percent of that turnover was generated from contract customers, which remain at steady levels. “The spot market was momentarily quieter in July-August, but its effect on freight levels was nevertheless quite minor. In September, the market saw an increase in demand to the level before the summer,” said Meriaura.

Since the outbreak of war in Ukraine, the price of marine fuel has been exceptionally high and fuel purchases in euros for the quarter were more than double compared to the corresponding period of the previous year. “The sharply increased fuel price significantly increased turnover compared to the comparison period, but due to the fuel clauses in the transport contracts, the effect on the result in terms of euros was minor,” said the group.

HLPFI reported earlier in the year that Meriaura’s owner company VG-Shipping and Savosolar entered into a conditional agreement to sell Meriaura’s entire shareholding to Savosolar.

Meriaura sold the vessel Mirva VG to a long-term partner, Helmer Lundstöm. In connection with the sale, Meriaura concluded a long-term time chartering contract for the ship, and the ship’s operation continued without interruption. As part of the arrangement, it was agreed that Meriaura would continue to man the ship, and thus the deal had no effect on crew employment.

Moreover Meriaura, GreenNortH2 Energy and Wärtsilä signed a letter of intent on the design and construction of a cargo ship using green ammonia as fuel.

The ro-ro ship Polaris VG, which was sold in January 2022, was handed over to its new owner in October 2022 after it returned from its planned long-term time charter in September.