With demand for electricity on the rise, Wallenius Wilhelmsen said that it expects to see the shipment of transformers to increase in lockstep. 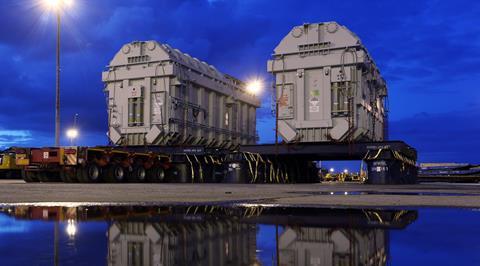 Already, the shipping company said that it is seeing an increasing demand for transformers. This trend is likely to continue on its upward trajectory, with the market set to be worth USD31.5 billion by 2025, representing a year-on-year increase of five percent, said Wallenius Wilhelmsen.

While transformers are needed in all corners of the globe to support growing power consumption, particularly in emerging economies such as India and China, the USA is seeing the greatest increase in demand. This is being driven by the country’s ageing power grid, a wider market adoption of electrification and the continued transition to renewable energy, according to Wallenius Wilhelmsen.

Wallenius Wilhelmsen pointed to decades of under investment in the USA, resulting in an unreliable grid that is struggling to keep up with growing power consumption. The growth shows no sign of slowing down; the US Energy Information Association reported that electricity consumption is forecast to rise by 2.2 percent in 2021 (following a drop of almost 4 percent in 2020), and a further 1 percent next year. As a result, Wallenius Wilhelmsen explained, there is now greater investment in infrastructure and transformers to support this increasing demand.

In addition, the shipping company also acknowledged the role climate change has to play in this increasing demand. It cited research by Reliability Engineering & System Safety, which stated that more than half of major US power outages from 2000 to 2019 were caused by natural hazards like hurricanes, heat waves and wildfires. Updates and upgrades are imperative to make the grid resilient to climate change, said Wallenius Wilhelmsen.

Due to the weight of some of the more powerful transformers, Wallenius Wilhelmsen said that the minimal lifting in ro-ro operations make it the best solution for transporting such oversized products.