US President Joe Biden will inject USD17 billion into port and waterway improvements as part of the bipartisan infrastructure deal. 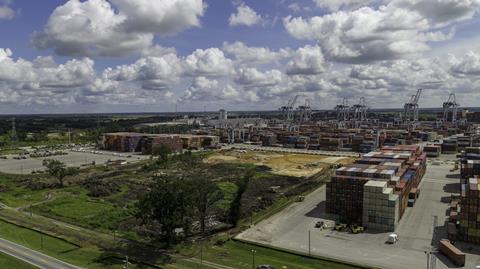 Outdated infrastructure and the Covid-19 pandemic have strained port capacity and jeopardised global supply chains, according to the recently published Biden-⁠Harris Action Plan for America’s Ports and Waterways. The US government has now outlined its long-term spending plans to alleviate the issues.

“Only four US ports are among the top 50 busiest ports in the world and no US port is in the top 10. Many US ports also have bridge or depth limitations that restrict their ability to receive the larger, post-Panamax vessels that are the future of ocean shipping,” according to the action plan.

“Further, the surge of cargo coming off larger vessels can also strain outdated landside infrastructure. As a result, more container traffic flows through a smaller number of US ports with the offshore and onshore capacity to handle the largest vessels and their cargo. Taken together, America’s underfunded port and waterway infrastructure has real costs for our families, our economy, and our global competitiveness,” it added.

The American Society of Civil Engineers (ASCE) found that in 2018 the USA’s ports supported more than 30 million jobs and approximately 26 percent of the nation’s GDP. However, the ASCE report for America’s Infrastructure Report warned that ports face extensive challenges modernising infrastructure and maintaining essential facilities under threat from sea level rises and other climate challenges

In a bid to tackle the issues, the US Department of Transportation (DOT) will allow port authorities across the country to redirect project cost savings toward tackling supply chain challenges.

To alleviate congestion at the port of Savannah, the government will fund the Georgia Port Authority pop-up container yards project. With this policy change, Georgia Port Authority will be able to reallocate more than USD8 million to convert existing inland facilities into five pop-up container yards in both Georgia and North Carolina. Under the plan, the port of Savannah will transfer containers via rail and truck further inland so that they can be closer to their final destination, which will make available valuable real estate closer to the port.

The government said it would launch programmes to modernise ports and marine highways with more than USD240 million in grant funding within the next 45 days.

It will also identify construction projects for the US Army Corps of Engineers at coastal ports and inland waterways within the next 60 days. This plan will provide a roadmap for more than USD4 billion in funding to repair outdated infrastructure and to deepen harbours for larger cargo ships.

Furthermore, open competition for the first round of port infrastructure grants funded through the bipartisan infrastructure deal will be launched within 90 days. DOT will announce more than USD475 million in additional funding for port and marine highway infrastructure as well.