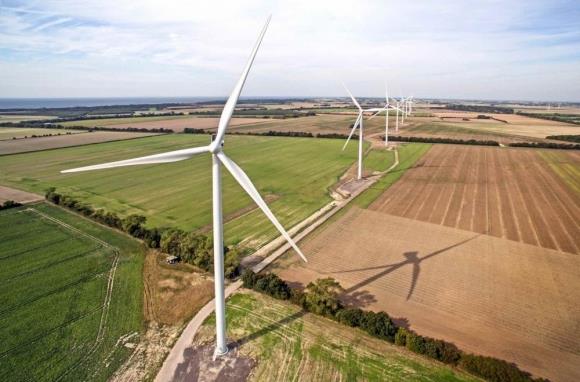 Shashi Barla, Wood Mackenzie principal analyst, said: "Vestas, Siemens Gamesa Renewable Energy (SGRE) and GE will draw upon strategic relationships with major asset owners to execute large-scale projects while also investing in new products and technologies. Vestas, the clear leader in this space, will see its market share elevated to an average of 20 percent over the next five years.

“SGRE will surpass 100 GW of cumulative installed capacity by the end of 2019, becoming the second turbine OEM after Vestas to reach this milestone.

“Vestas reinforces its leading position by being the first turbine OEM to install more than 10 GW of annual capacity during 2019. Vestas, SGRE, GE and Goldwind will each install around 10 GW in 2020 due to surge in US and China market activity.”

The need to develop new products and technologies to reduce the levelised cost of energy (LCOE) is putting sever pressure on smaller, regional OEMs – as evidenced by the recent struggles of Senvion and Suzlon.

Suzlon's failed attempts to find a bailout partner have pushed the company into deeper trouble. Senvion offloaded some European assets – namely its blade manufacturing facility in Portugal and its global intellectual property – to SGRE, while other business units are still scouting for investors.

However, Germany's Nordex is expected to strengthen its presence by increasing investments in new wind turbine technologies. Forecasts suggest the company will install a record 5.5 GW of capacity in both 2020 and 2021, a substantial increase of 40 percent when compared with 2019 installation rates.

Wood Mackenzie said that OEMs that focus just on the onshore wind energy market will compete in a flat global market over the next decade. However, the offshore wind energy industry is expected to see a flurry of activity over the outlook period.

Barla said: “SGRE continues to be an undisputed offshore market leader, with more than 15 GW of backlogged orders. GE has made an enormous splash in this space, with a combined 4.8 GW of orders signed this year in the UK and the USA.

“MHI Vestas' robust positioning will elevate its global rank to be within the top ten OEMs by 2023 and number five globally by 2027-2028, representing the only pure-play offshore player within the top five. The company already secured contracts in seven countries totalling more than 7 GW.

“MingYang has become rising star in the Chinese offshore sector, with more than 4.5 GW of orders signed in the past year. A closer relationship in Guangdong province, the largest offshore market in China, will sustain MingYang’s positioning in the long term.”

China's decision to phase out its feed-in tariff is likely to result in a surge of orders in 2019 and 2020 (approximately 56 GW annually). As a result, ten of the top 15 turbine OEMs in 2020 will be Chinese.

“This rush will provide ample room for tier two players, including CRRC and Windey, to explore turbine supply opportunities, as several larger players may be capacity-constrained," said Barla.

Furthermore: “Chinese giant Goldwind is the country’s most successful OEM in international markets, with over 50 percent of Chinese OEM exports attributed to the company. Goldwind is expanding its nacelle manufacturing capacity to 14 GW by 2020, of which 3.5 GW is earmarked for exports.

“After grappling with product quality concerns for many years, Dongfang Electric Company (DEC) has focused on direct-drive technology and secured over 4 GW of orders for a planned 2020-2021 execution.”