Fagioli has deployed Cometto SPMTs for the transport of several jacket components in northern Spain. 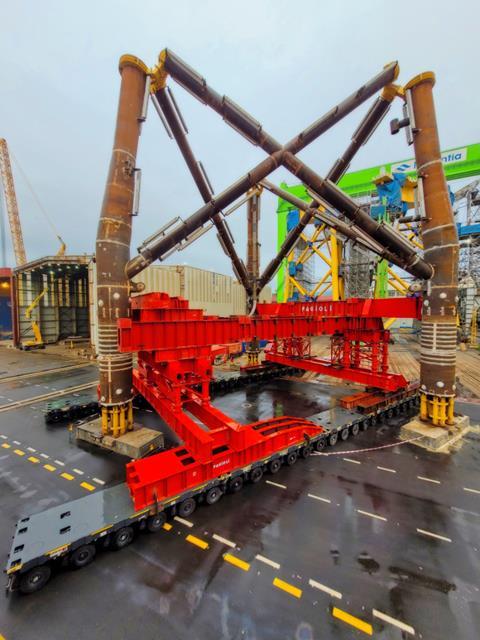 The work involved moving the upper and lower sections of the jackets, which are under construction by Navantia and will be used at an offshore wind farm in France. Each section weighed 600 tons (544.3 tonnes).

A tailor-made transport structure was designed and assembled in order to move the components so that they can be joined together in preparation for the load out operation in early 2022.

For the moves, 56 axle lines of Cometto SPMTs, with a capacity of 48 tons (43.5 tonnes) per axle line, were deployed. The SPMTs were divided into two lanes of 28 axle lines, propelled by two 368 kW power pack units. The total payload capacity of the configuration was 2,500 tons (2,268 tonnes).