Liebherr has extended its telescopic crawler crane series to include the LTR 1040, which is a lightweight version of the LTR 1060. 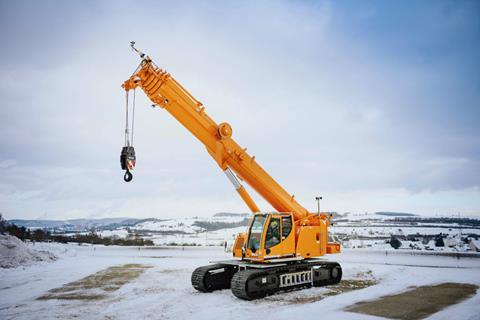 Liebherr explained that the main difference is the significantly reduced ballast – 10 tonnes of central ballast have been taken off the chassis whilst a further 10 tonnes of counterweights have been removed from the slewing platform. This means the 42-tonne capacity LTR 1040 weighs in 20 tonnes less than the LTR 1060.

“Its lifting capacities up to a medium radius significantly surpass those of its competitors and its 40 m telescopic boom is around 30 percent longer than the standard in the class. This means that most crane jobs can be carried out without a folding jib,” Liebherr said.

One of the main areas of work for telescopic crawler cranes and for which the LTR 1040 is ideal for, Liebherr said, is the assembly of prefabricated components. High lifting capacities are particularly important for this. For example, the LTR 2040 can hoist up to 8.6 tonnes with a radius of 10 m throughout its 360-degree operating range.

In addition, the LTR 1040 can be transported economically as it weighs 43.5 tonnes, including its 5.6 tonnes of ballast.