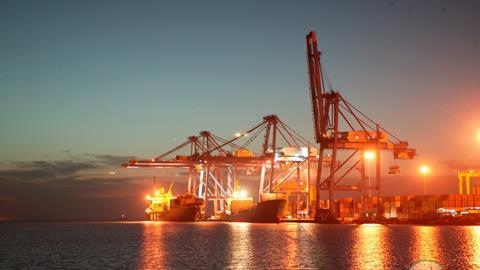 ​FROM THE MAGAZINE: Expansion in the Horn of Africa

Landlocked Ethiopia has liberalised its logistics market as it aims to become a lower-middle income country by 2025. With a dynamic market economy, the country has the potential to become the engine of East Africa.

Ethiopia’s declaration of a five-month state of emergency to tackle Covid- 19 has done nothing to deter Bolloré Logistics from expanding in the country.

Changes to Ethiopia’s investment law in January raised the limit on foreign joint venture stakes in logistics from 49 percent to 75 percent. Bolloré’s policy, globally, is to own majority stakes in its joint ventures, Gerenthon said. “Ethiopia is the priority. The environment has become more dynamic. It can be the engine for East Africa.”

The lack of foreign currency in Ethiopia is an obstacle to acquiring capital goods, which leasing will help to fill. Ethio Lease plans to import about USD600 million of equipment over three years, focusing on medical, agricultural, energy, IT, food processing and general industrial gear.

There is big potential in the next five to ten years in Ethiopia. The country can pull the rest of the region up and lead to stabilisation. We are there for the long term.

Bolloré will advance in Ethiopia according to the speed at which the authorities allow foreign investment, explained Jerome Petit, the company’s ceo for Africa. The company is keen to expand its Ethiopian operations, for example in dry ports. “There is big potential in the next five to ten years in Ethiopia. The country can pull the rest of the region up and lead to stabilisation. We are there for the long term.”

Progress will not be linear. Until mid- March, Ethiopia was on a positive path that has since been thrown into uncertainty by coronavirus, Petit said. “There will be a drop in consumption,” he stated, noting a fall in brewery output. A fall in exports, especially textiles, will hurt the economy. “We expect to see a decline in overall trading volumes.” But Bolloré is going ahead with its projects and investments in Africa amid the pandemic. Ethiopia, said Petit, may be better positioned than other countries in Africa as the government is likely to be “very strong in supporting national industries”.

That strong government role raises the question of whether further progress on economic liberalisation can be assumed. A continuation of reforms depends on the results of the country’s elections, originally set for August 29, but postponed due to the Covid-19 pandemic.

Landlocked Ethiopia relies on neighbouring countries for ocean access. Chief among them at present is Djibouti, the largest port in East Africa. Djibouti will be sufficient to meet Ethiopia’s needs for the next five to ten years, Gerenthon believes.

There are plans to increase Djibouti’s capacity, and there is still plenty of land available around the port, said Andrew Jones, former ceo of Louis Dreyfus East Africa, and now a consultant on African market entry. The limitations on capacity arise in terms of onward transportation, he said. Railfreight capacity is currently fully booked. It is hard for newcomers to secure onward transportation: the World Food Programme, with whom Jones has worked, has had problems.

China has cultivated deep ties with Ethiopia. As part of its Belt and Road Initiative (BRI), it has funded infrastructure projects such as the Addis Ababa-Djibouti railway. That has cut down the options for foreign investment, which tends to be long and process driven. Chinese investment comes quickly, with few or no direct strings. If Ethiopia and China keep their close relationship, the development at Djibouti can continue, Jones said. “Maybe some people should have been a bit more proactive.”

Gerenthon agreed that rail capacity from the port remains “quite limited”. Attempts are being made to raise the frequency of trains from the port to seven per day. It is possible that Bolloré Logistics will have a part to play in improving the corridor between Djibouti and Ethiopia in areas such as dry port operations and rail management, he said. The company has made its experience of such corridors in West Africa known to the Ethiopian government, and discussions are ongoing.

Some question whether Ethiopia can rely on Djibouti. Dominic McVey, the entrepreneur and former chairman at Hela Clothing, which has textile factories in Ethiopia, sees Djibouti as insufficient to meet the port capacity needs of a liberalised Ethiopian economy. “Ports with monopolies have little incentive to improve or bring costs of trade down. The alternatives must be brought in as mainstream options.”

In Djibouti, the port works, “but you can hardly call it dynamic,” said Dr Seth Kaplan, an expert on fragile states and consultant to organisations including the World Bank. The environment is “very safe, but every foreign country is there already. It is hard to find new business opportunities.” 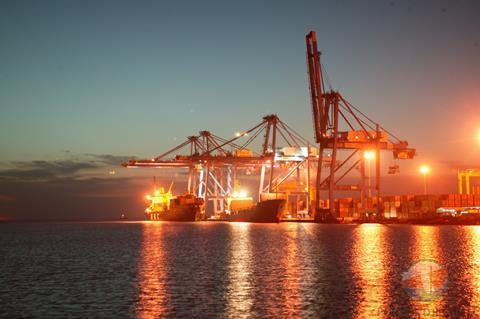 The largest port in East Africa, Djibouti is believed to have the capacity to meet Ethiopia’s needs for the next five to ten years.

Other ports in the region are not yet in a position to compete with Djibouti, Gerenthon said. Bolloré long avoided Eritrea due to its closed economy and concerns over security. A peace agreement with Ethiopia was only concluded in 2018. But, Gerenthon said, the company plans to enter Eritrea pending signature of a final agreement with the government.

Eritrea, labelled by some as the North Korea of Africa, has the natural advantages of its Massawa and Assab ports and proximity to northern Ethiopia. A lot of investment will be needed and the Assab port will have to be deepened, Gerenthon said. But in the long term, “Eritrea will be the place that can compete with Djibouti” in terms of ports.

Developing Eritrea’s ports is “a good option but a long way off and one must consider that the peace between the two countries may not hold,” McVey said. Ethiopia must also further develop its own dry ports, he added.

Politics in Eritrea have shifted very little since the peace agreement with Ethiopia, Kaplan said. Ports present the current regime with problems in terms of social control, and little will improve unless there is regime change.

This article has been taken from the May/June 2020 edition of HLPFI.