FROM THE MAGAZINE: An overlooked link in the supply chain

The safe arrival of oversized and heavy project cargoes is directly related to how well they are packed and secured. Paul Lucas highlights some of the challenges facing packing and crating companies around the world. 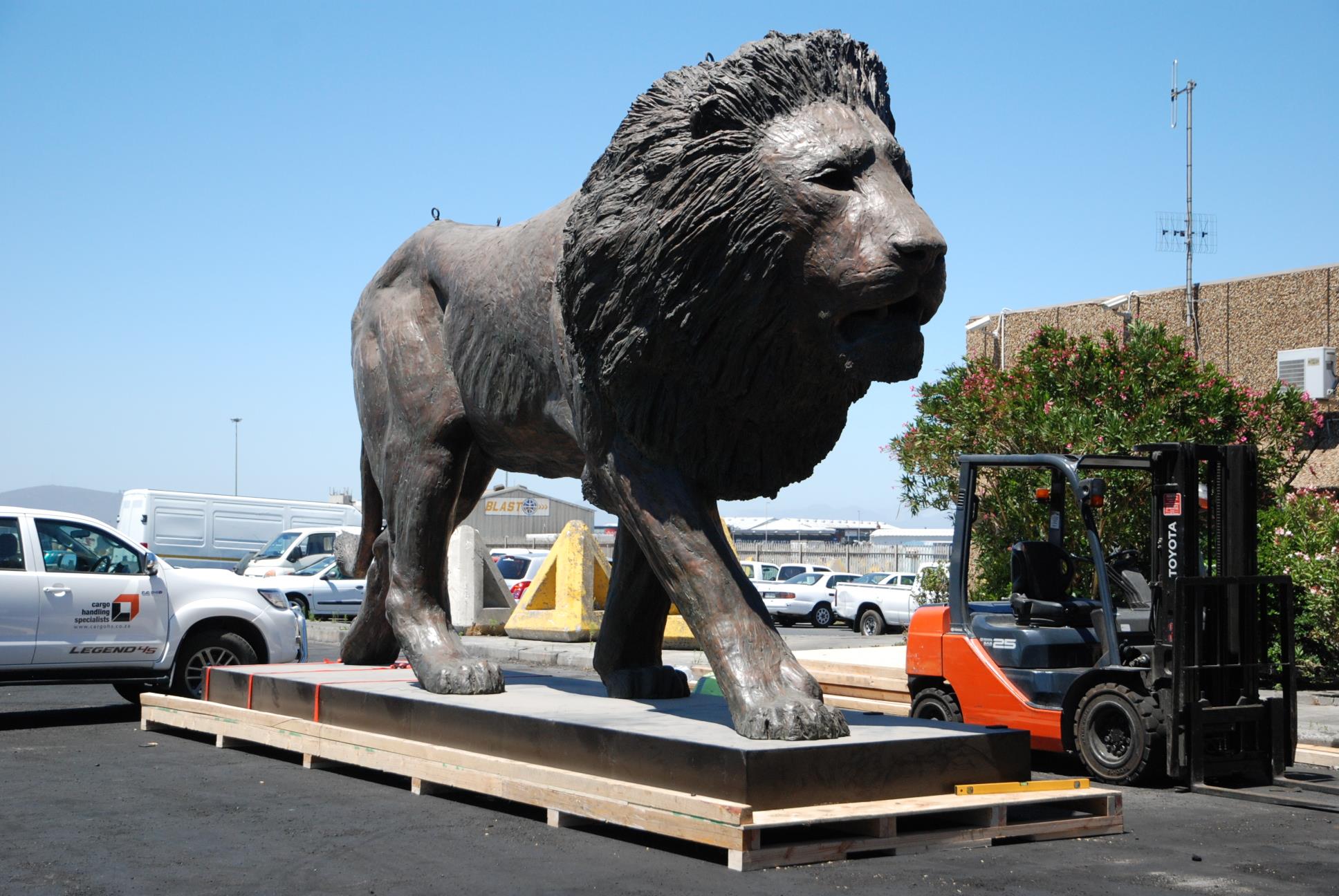 The type of packaging required for heavy and oversize cargo shipments is based on several parameters including weight, dimensions, special requirements such as delicate components, replacement value and the method of shipment.

The last few years has seen a slowdown in project activity, a direct result of low oil and commodity prices, as well as the inability to raise finance for major capital projects. The impact has been felt acutely across the entire project logistics supply chain, including those providing expert packing and crating (P&C) services.

Over the past six months, positive noises have been sounded from various corners of the project logistics sector. However, 2018 has so far proven to be something of a mixed bag for those in the P&C business.

Dan Greenberg, president at Houston-based Santini Export Packing and chairman of the International Network of Packing and Routing Organisations (INPRO), has seen a definite increase in oil and gas-related cargoes.

However, he is unsure whether the uptick has been caused by pent-up demand resulting from deferred maintenance, or from past projects that were delayed that are now coming on stream. “Time will tell us if this is truly new business and an indicator of future growth, or it is just a temporary spike.”

Mike Stenberg of Michigan-based Dr Shrink has also seen a change. “The market is more positive now and there is optimism rather than uncertainty. So far so good,” he said.

The market is more positive now and there is optimism rather than uncertainty. So far so good.

In parts of Europe, the outlook is somewhat different. In Germany, the prospects are less certain. Christian Czerniak, senior operations manager at Deufol, said: “There are no new projects at the power plants in Germany, which are some of Deufol’s biggest clients. Typically, though, our business is low in the summer and picks up in the autumn.”

The Netherlands shares a similar outlook, although there is some optimism. Ab Kornegoor, managing director at Meilink, said the market has stagnated in recent years. This downturn was compounded when several suppliers to the oil and gas industry closed their factories in the Netherlands at the end of 2017.
He believes that the improvements seen in the wider oil and gas industry “will take some time for the effect to ripple down the supply chain”.

Maarten van Wijngaarden of Qargo Packers said that the market for P&C services remains mixed. Its 2018 year-to-date result is up slightly from last year, with some of the company’s customers reporting an increase in activity. “We tend to go down, or up, behind the curve of our customers, so we probably need to wait a little longer to see the full impact of a recovery on our business,” he said.

Tadeusz Stryjek, project manager at ContainerPacking Poland, said the prospects in its domestic market are improving. “We have a new hub terminal in Poland where vessels over 400 m can dock. Breakbulk cargo can be loaded onto this kind of vessel, which means we are more independent of German ports,” he said.
Allen Hancock, managing director of Mammoth Packing CC in South Africa, said that 2018 has not been any better from its standpoint. He believes that “there is lack of planning from clients” and that P&C is generally not given much consideration during the design stage of a project.

Hancock stated: “If P&C companies could be brought in during the early stages of planning, the input we could give would assist the client with its planning,” adding that project deadlines would be more likely to be met.

Houston-based Santini is rarely brought in at the design stage and believes that, in theory, costs could be saved. However, P&C companies are usually consulted well into the construction cycle or when cargo is being readied for shipment. “At that point, there is little opportunity for the P&C community to have much impact,” said Greenberg.

Qargo Packers’ van Wijngaarden believes that integrating P&C expertise at the design stage of a project is an opportunity to optimise the project logistics supply chain, and that the responsibility to educate customers lies squarely with the P&C companies.

He said that Qargo aims to do this in close harmony with surveyors, shipping companies and other experts, as well as with both its manufacturing and freight forwarding customers. “Often it feels like a very lonely task...” said van Wijngaarden.

Owen Bottomley, managing director of Cargo Handling Specialists in Cape Town, agreed that P&C is often overlooked. He believes that greater integration into the supply chain could allow shippers to control costs, avoid hidden expenses, or even claims. “This allows the exporter to control who does what and, in the process, keep a firm hold on its risk management,” he said.

Stryjek at ContainerPacking Poland believes that a proactive approach from P&C companies is needed to make customers aware of its additional services, the experience that it has in the market, and the risk involved. “We always make the customer aware of the risks involved and to make sure that they have sufficient insurance to cover the cargo for loss or damage.”

We always make the customer aware of the risks involved and to make sure that they have sufficient insurance to cover the cargo for loss or damage.

Standards in the industry have always been considered a grey area. There are some ASTM international standards for P&C. These standards, however, are vague and subject to interpretation. The lack of universal specifications makes the demonstration of a P&C firm’s capabilities take on added importance when speaking to customers.

France (SEI) and Germany (HEP) have national standards and certification. The market in Poland is now basing its standards on EU regulation. International Phytosanitary Measures 15 (ISPM15) is an international standard for the treatment of wooden packaging to help prevent the spread of pests. However, there are only around 75 countries that implement it.

Greenberg added: “We believe that the Santini specification takes the best and most commercially viable parts of all of these to create a reasonable standard that has application to companies that have no specification of their own.” He went on to explain that it can be frustrating to respond to a request for ‘seaworthy’ packing and not having any idea whether Santini’s standards bear any resemblance to what others might be quoting.

Van Wijngaarden agreed that there is a wide grey area surrounding standards. His company demonstrates its expertise by providing a consultative and transparent approach in solution design, review of options available and execution of the plan. “This helps the customer appreciate some of the judgements [benefits and costs] we make in determining the adequate specification and execution against the requirements,” he said.

Bottomley said that the issue of standards remains a challenge. He believes that standards increase the cost of the crating while at the same time reducing the risk. In South Africa there are no standards; however, INPRO members comply with standards in their own country. “Each company is personally vetted and visited prior to being eligible to become a member,” Bottomley said.

Given the challenges that have faced the entire project logistics industry in recent times, it is no surprise to learn that there are few new entrants to the P&C industry. Kornegoor is more surprised by the fact that only a handful of P&C companies went bankrupt.

Those few that do manage to enter the P&C market can cause some instability. “Some of these companies have very low overheads and so they undercu t prices,” said Hancock. 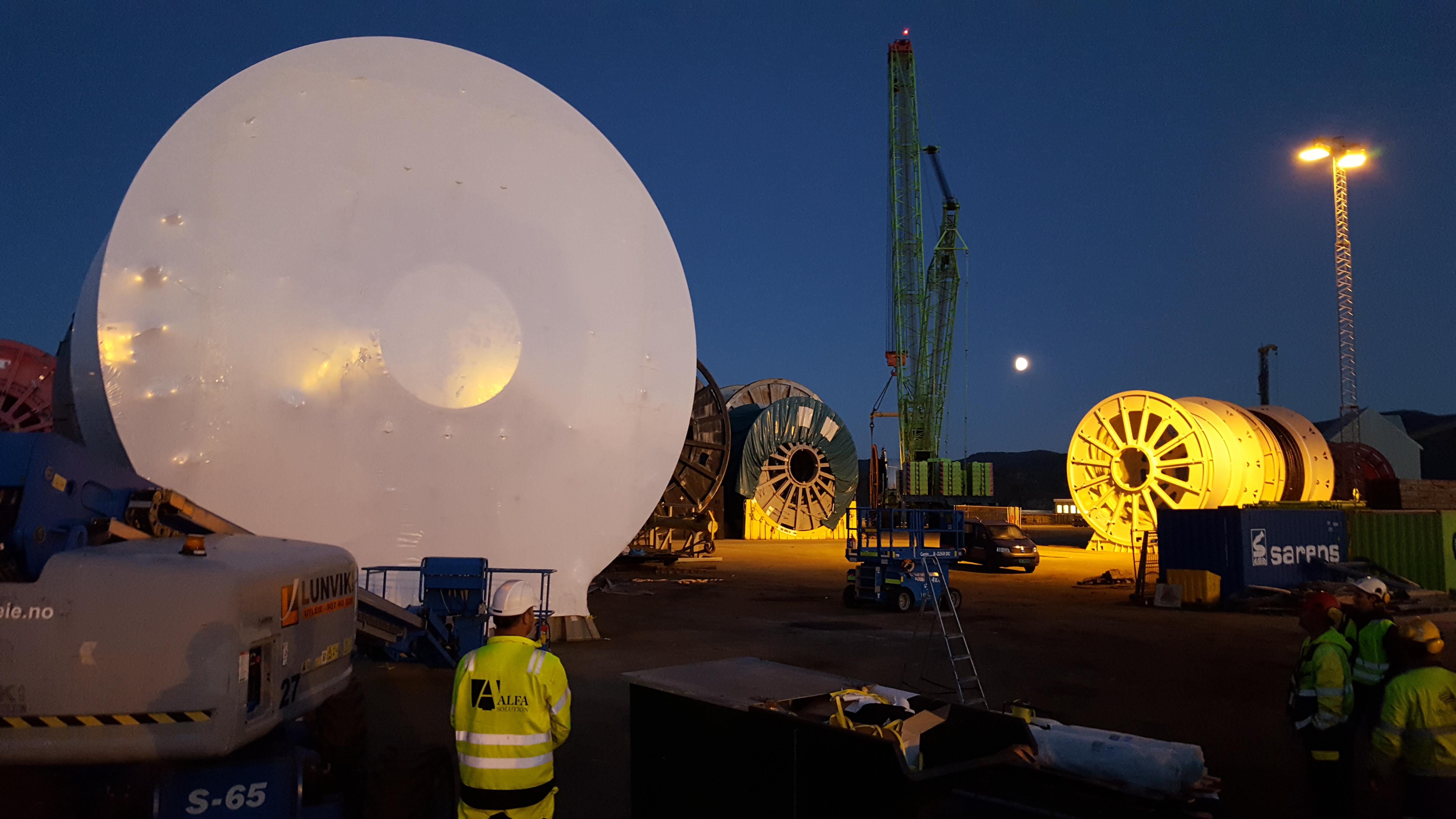 Van Wijngaarden believes that market entry barriers are growing as service level requirements increase. “Regulation and customer requirements relating to speed, quality of service, and health and safety standards have resulted in a relatively stable, competitive environment without many new entrants.”
Greenberg added that, in Houston, the market has always been competitive due to the sheer volume of materials that flow through the port. There has been a limited number of P&C companies entering and exiting the market. Most companies have been through these up and down cycles a number of times over the years and learned how to survive.

The provision of additional services is also becoming increasingly important for P&C companies. Kornegoor said that there has been an increase in logistics companies adding P&C to their offering. At the same time, some P&C companies have diversified their profile to become more of a “logistics service provider”.

The organisation of transport, warehousing, strapping and lashing, and in some cases project management, are some of the additional services being offered.
Czerniak at Deufol said: “In addition to P&C, we provide dismantling on site, logistics and IT systems.” At ContainerPacking, domestic haulage, cargo handling and sea transport are additional services that are offered. Cargo Handling Specialists’ Bottomley said that the trend to bolt-on extra services makes sense in any market.

The movement of heavy and oversize cargo often involves dealing with bespoke components. At present, the automation of P&C for oversized cargo is not possible and cargo is packed on a case-by-case basis.

Greenberg commented: “I do not think that you can just pump in the weights and dimensions and have some software pop out a package design and then run with it.” He believes that it will still take a lot of human interaction to ensure the cargo is properly supported.

This article is taken from HLPFI's July/August 2018 edition. To receive your copy, click here.