FROM THE MAGAZINE: Demand and innovation blossom in haulage sector 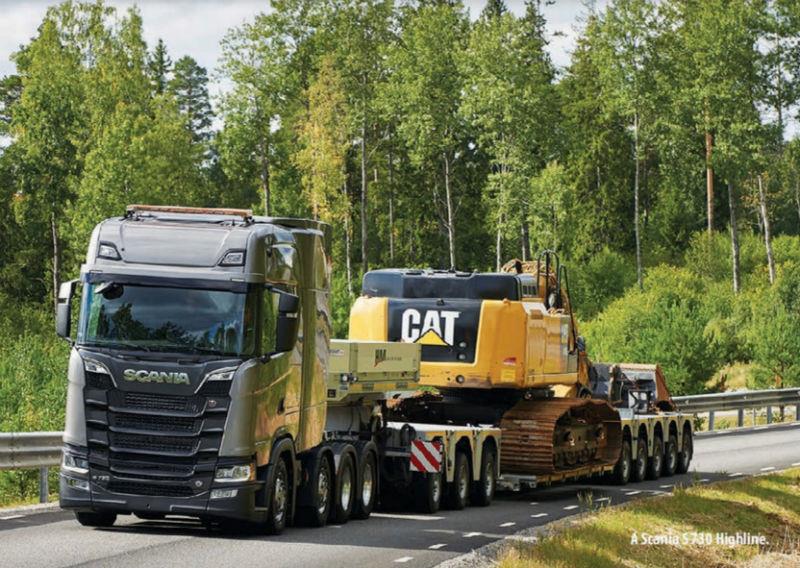 October purchase figures in the USA for heavy-duty prime movers were the tenth-best ever, said Freight Transportation Research (FTR), adding that they were 2 percent more than September 2018 and 19 percent more than a year ago. At the time of writing (November 2018), North American Class 8 orders for the past 12 months totalled 504,000 units.

Don Ake, FTR vice president of commercial vehicles, said that October marked the start of next year’s order season so high numbers are not altogether surprising, although “ordering for 2019 began in July with back-to-back record months. For orders to still be this hefty in October after that is remarkable.”

As fleet operators continue to order a record number of trucks, freight volumes in the USA are also expected to be healthy well into the second half of 2019, keeping capacity utilisation at extremely high levels for an extended period, added FTR.

Christian Levin, executive vice president, sales and marketing at Scania CV, expects the demand for its heavy-duty prime movers to continue growing. The deterioration of road transport infrastructure, a trend highly pronounced in the US and European markets, is driving demand for tractor units and trailer combinations with a higher number of axle lines. “All kinds of equipment and parts, such as turbines and equipment used in wind power generation, tend to grow in size and weight. They demand even higher transport capacity. If the relevant infrastructure is not in place, the problem is usually solved by adding more axles on the trailer rather than taking things apart,” he explained.

Electrification will eventually reach all kinds of applications; heavy haulage is no exception.

The Sweden-based manufacturer offers 6 x 4, 8 x 4 and 10 x 4 wheel configurations; its V8 engine is available in four different configurations with power levels ranging from 520-730 hp. “Any Scania V8 with standard specification can technically handle up to 250 tonnes.”

The company invested approximately EUR2 billion (USD2.2 billion) to bring its latest generation of prime movers to market. “A number of different solutions and features suitable for heavy haulage were introduced, such as more robust axles and clutch-on-demand for increased manoeuvrability,” Levin added.

In September 2018, Mercedes introduced its overhauled Actros prime mover range to the market. The unit comes equipped with its Active Drive Assist, which can provide partially automated braking, steering and acceleration – a first for a mass produced truck – said Mercedes.

Fuel efficiency has also been improved with the manufacturer claiming that the latest generation of Actros trailers is 3 percent more efficient than its predecessor on motorways, and 5 percent better on country roads.

Orders for all-electric and hybrid trucks remain a long way behind diesel-powered units. However, many are excited to see how this emerging technology will shape the transportation sector.

“Electrification will eventually reach all kinds of applications; heavy haulage is no exception,” said Levin. “Electric motors are extremely well suited for demanding tasks with full torque readily available, regardless of engine speed.”

The main challenge to overcome is the limitation of battery systems. They remain heavy and cumbersome, and a lack of charging infrastructure is holding back uptake, he added.

This article is taken from HLPFI's November/December 2018 edition.