Wind power is big business in Spain, and confidence that this industry will remain a stable source of work for project logisticians is running high. Megan Ramsay reports. 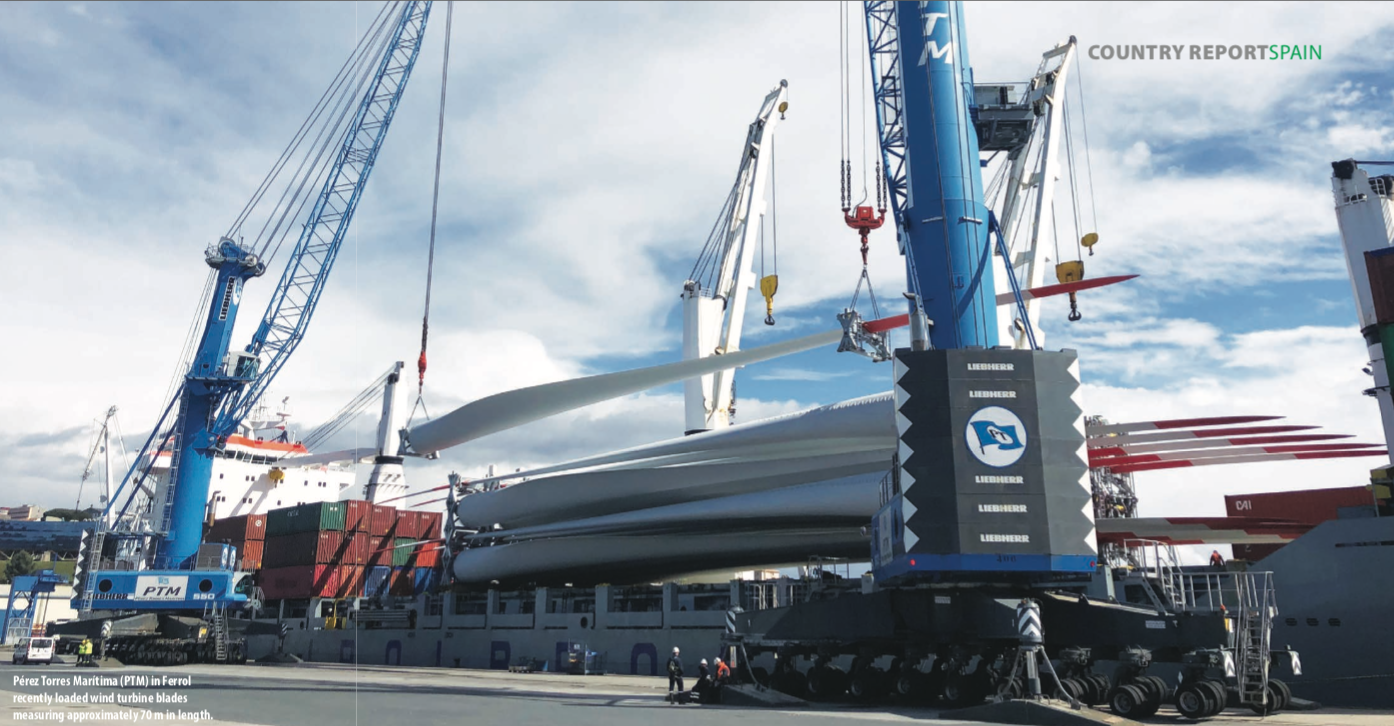 At this year’s Wind Europe conference held in Bilbao on April 2-4, one panel discussion focused on the repowering of existing wind farms in Spain in order to
generate more power from fewer, more efficient turbines occupying the same footprint as the ones they replace.

Heikki Willstedt, director of energy policies and climate change, at the Spanish wind energy association Asociación Empresarial Eólica (AEE), explained: “In Spain, old turbines are being repowered now because there are no spares for the old models. By 2030, 19 GW of assets will be over 20 years old, and we need policies for repowering after 2025 so we can get more energy from the best places - which, obviously, is where the old turbines are now."

But legislation can be cumbersome. Luca Bragoli, head of ineternational and institutional affars at wind power operator ERG Group, noted that when repowering with more modern trubines, which are two or three times bigger than their predecessors, there can be complications in terms of obtaining permits from the authorities as well as resistance from local communities.

There are other challenges, too. As Preben Skatvedt, global development manager at Vestas Wind Systems, pointed out: “Repowering in Spain is slow because of the permitting process, but also because the business case is not clear cut. Investors must decide whether it is better to start a green field project or go for lifetime extension, and consider costs, savings and return on their investment.”

Plus,repowering can be a sort of “limbo”state, Skatvedt said. “You lose your right to benefit from the old system – that is, legacy funding such as a feed-in tariff for existing installations – but you cannot apply for the new system either – that is, auctions, which are intended for new installations only.”

He suggested that there could be an auction system developed solely for repowering.