FROM THE MAGAZINE: Shock monitoring in transformer transportation

Damage to transformers during transit can go unnoticed until after installation. However, impact monitoring during the move can highlight problems and save considerable time and expense, according to impact monitoring equipment manufacturer SpotSee. 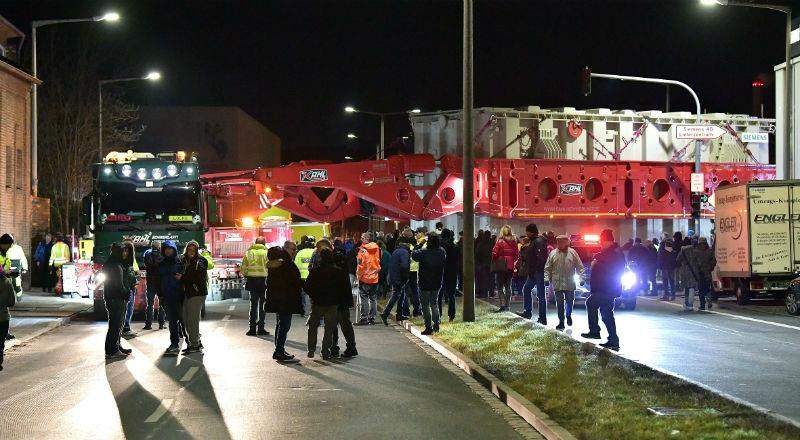 To the layperson, a transformer looks like a pretty rugged and durable piece of equipment capable of withstanding all the rigours of transportation and arriving in perfect working order at its destination. After all, they are big, heavy and appear indestructible to the inexpert eye.

However, transformers are in fact susceptible to damage during transit, especially given that their journeys can cover thousands of miles – sometimes involving less-than-ideal infrastructure – and include multiple handovers between the various logistics teams responsible for getting them from A to B.

Each of those handoffs represents a risk. If a transformer is dropped, even from a small height of say a few inches, damage may occur. Plus, the heavier it is, the greater the potential for damage.

Most in-transit damage to transformers occurs at low levels of acceleration; those weighing over 100 tonnes, for instance, suffer damage in the 2.5 to 5 g (2-20 Hz) range.

While on the road, braking and surface conditions can cause mechanical shocks to transformers on trailers, ranging between 0.5 and 1 g in the 3-350 Hz band.

Rail transport can involve longitudinal impacts of up to 4 g in the 2-20 Hz range during shunting, while rail joints can cause vertical shocks between 0.5 and 1 g in the 2-500 Hz band.

During ocean transit, transformers can experience rolling, pitching and yawing that cause low-frequency vibrations (typically between 0.3 and 0.8 G in the 2-30 Hz band) that rarely damage them. But pitching and rolling of a ship can reach up to 7 degrees and 45 degrees respectively, potentially loosening cargoes and causing collisions.

The problem is that the consequences of these incidents may not be apparent. A transformer may even be installed and operating before the damage is noticed. Hidden damage can result in costly repairs or – also expensive – transformer downtime.

Who is responsible for paying the bill? Without data to confirm where and when potentially damage-causing incidents happened, it tends to be the power utility or manufacturer that ends up paying, even though the critical event may in fact have occurred in transit and should, in that case, be covered by the transportation provider’s insurance.

Tamper-proof impact monitors, which log shocks, vibrations and other information to varying degrees of sophistication, can provide concrete evidence to help insurance inspectors identify the party most likely responsible for damage to a transformer. The data from these devices is accepted as evidence in courts of law.

The data that impact monitors record can also help engineers to tailor their pre- installation examination of a transformer appropriately, checking it with particular care if it is known to have experienced impacts above a certain threshold, or perhaps streamlining their checks if it is proven to have had an especially smooth journey.

Impact monitoring can also reduce warranty claims resulting from failures that occur once a transformer is operating.

The case for mounting impact monitors on transformers is still more compelling when they are shipped to remote locations. In such circumstances, any damage can result in the expensive exercise of flying out a repair team, as returning the unit to the manufacturer for repair may not be a viable option. Instances of returning the transformer are not uncommon, as field repairs cannot cover all issues.

This article is taken from HLPFI's July/August 2018 edition. The content of this article is intended to provide a general guide to the subject matter. Specialist advice should be sought about your specific circumstances.