FROM THE MAGAZINE: Super-heavy sector adapts

The heavy lift and semi-submersible side of the shipping sector is certainly in a state of flux. Ian Matheson discusses the changes witnessed at those shipping lines serving the super-heavy cargo end of the spectrum. 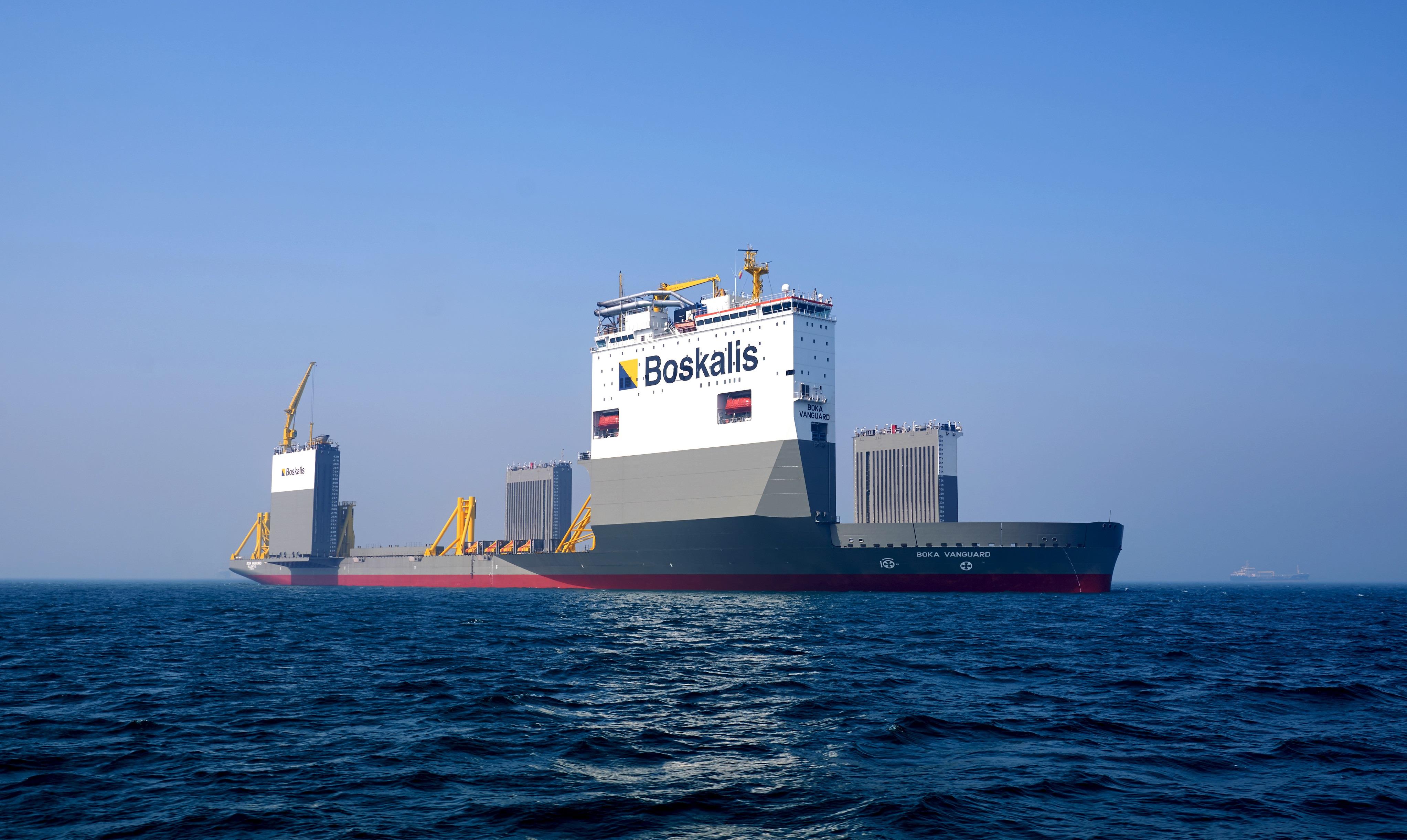 Dockwise, the market-leading brand for many years, is being retired. Its owner, Royal Boskalis Westminster, revealed back in March that it will transition all of its businesses to the Boskalis brand name over the course of 2018.

In March, the company forecast that the market picture for the next two years will be characterised by continued lower volumes of work and pressure on both utilisation levels and margins.

In the offshore energy market, it reported that conditions had not changed adding that previous contracts within the heavy marine transport are being completed and it is increasingly dependent on the highly competitive spot market.

It said that where necessary transport vessels at the lower end of the market will be laid up.

Boskalis’ decision to convert the former semi-submersible heavy transport vessel Finesse into a 3,000-tonne capacity crane vessel that can transport and install foundations for offshore wind farms and oil and gas platforms, as well dismantle old platforms and salvage ship wrecks, was a clear sign of its decision to focus on the offshore installation market.

The conversion of the Finesse into the Bokalift 1 crane vessel was largely completed in 2017. The outfitting of dynamic position two (DP2) capabilities and additional accommodation was completed in Singapore, while the rotating mast crane was installed in China.

Speaking at the time, Peter Berdowski, ceo, said that Boskalis did not yet foresee a fundamental recovery in its markets in the coming years, although in the short term, it did expect opportunities for selective growth and a subsequent structural recovery for the period thereafter.

One company with a slightly more optimistic outlook is semi-submersible heavy lift specialist ZPMC Shipping, which is reported to be on the look out for semi-submersible conversion candidates.

In April, it was reported that ZPMC bought Arab Maritime Petroleum Transport Co’s (AMPTC) Hyundai-built 105,800 dwt Zirku. HLPFI understands that it will operate as Zhen Hua 35 after conversion, with a capacity in the 50,000 dwt range.

ZPMC has a history of buying tankers for conversion to semi-submersible heavy lift carriers, originally for the purpose of creating a dedicated fleet for delivering the cranes and other port equipment of its parent company’s manufacturing arm. However, it continues to increase its presence in the non- proprietary heavy marine transport sector as a result of the worldwide operation of its fleet.

The company is one of three joint venture partners in ZPMC-Red Box, which recently returned its two 50,000 dwt semi-submersible heavy transport vessels Red Zed I and Red Zed II to their respective owners. This left it with just two module carriers that are long-term chartered to serve Russia’s Yamal LNG gas project.

Red Box has also had a partnership with Guangzhou Salvage for several years, which sees the former manage the latter’s fleet of four semi-submersible heavy lift ships. The Chinese company operates under

the country’s ministry of transport and has extensive experience in offshore engineering, transport and installation projects in the Asia-Pacific area.

Philip Adkins, chief executive of Red Box, said: “Teaming up with Guangzhou Salvage was an exciting new chapter for Red Box and we are still considering a number of other areas where we can co-operate.”

Teaming up with Guangzhou Salvage was an exciting new chapter for Red Box and we are still considering a number of other areas where we can co-operate.

Elsewhere, newcomer GPO Heavylift, in which ZPMC also has a shareholding, has already taken delivery of two of the four semi-submersible vessels being constructed in Taiwan. The ships are suitable for dry transportation of offshore drilling rigs, offshore modules and other heavy cargo.

GPO Grace was delivered in 2017 and was followed by GPO Amethyst, which was christened at the CSBC shipyard in Taiwan back in February and is awaiting its first commercial cargo.

The first two ships should be joined by GPO Sapphire and GPO Emerald in 2019, and when in service, GPO Heavylift says they will be the only four purpose-built semi-submersible vessels of the same design in the world.

Each ship has full DP2 capability. The main deck can be submerged to 15 m and has been strengthened to carry loads of 30 tonnes per sq m.

In a sector in which Chinese influence grows apace, it would be remiss not to mention Cosco Shipping Specialized Carriers, which also has seven semi-submersible ships with deadweight capacities ranging from 20,000 tonnes (K- Class) to 98,000 tonnes (Xin Guang Hua) and is playing a very active role across global markets.

In May, Xin Guang Hua delivered two floating docks to Damen Shiprepair Curaçao (DSCu) in the southern Caribbean. The larger of the two floating docks – a Panamax-Class dock measuring 230 m by 45 m – will be used for tankers, containerships an d other large vessels. The smaller unit measures 108 m by 23 m.

HLPFI was unable to obtain comments from other Asian carriers that are active in the marine heavy transport market, including NYK Bulk & Projects, Pan Ocean, TPI Megaline and CJ Korea Express, although the parent companies of the first two returned to profit in their last financial year, albeit on the back of stronger performances by their dry bulk operations.

This article has been taken from HLPFI's May/June 2018 ships and shipping lines supplement. Click here to find out more about subscribing to the magazine.