The third DHL Global Trade Barometer (GTB) index has predicted that global trade growth will continue to accelerate over the next three months, despite increasing trade tensions. 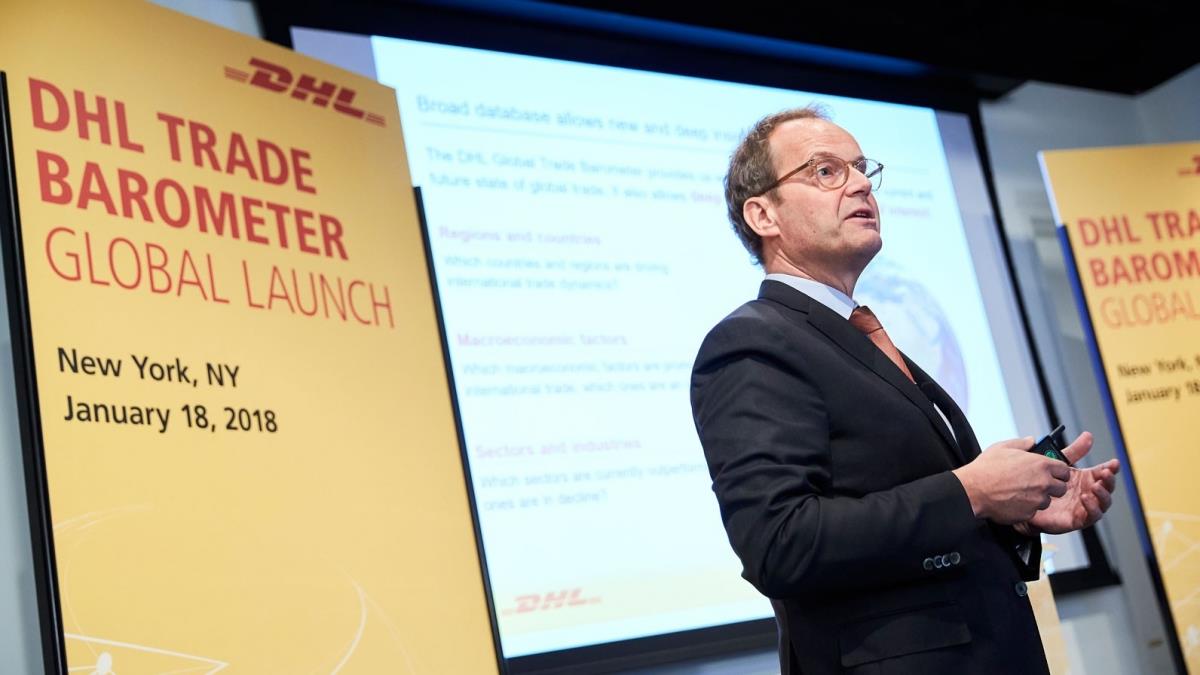 Compared to the previous release in March, the overall GTB index rose by one point, now standing at 67 points. According to the GTB methodology, an index value above 50 signals a positive growth forecast.

According to DHL, the increase is notable as it shows that the rising international trade disputes have had no impact on the data on which the barometer is based.

The rise in the overall index was primarily driven by a slight increase for containerised ocean freight, which has now reached an index value of 64 points, compared to 63 in March. The index for global air trade remained unchanged at 70 points.

Geographically, the global improvement was mainly driven by more optimistic outlooks for China and South Korea. The trade forecast for the USA has also improved slightly. The positive impact by these three countries was partially offset by reduced outlooks for India, Japan and the UK.

Despite a strong decline by 5 points in the outlook for India, the country still has the highest forecast for overall trade growth with 79 points. In contrast, the UK has the least favourable outlook with now 57 index points, down 4 points compared to March.

Germany, meanwhile, remains somewhat in between: a significant increase in airfreight by 3 points is offset by a 1 point decline in oceanfreight. This amounts to an unchanged overall forecast for Germany – which is still markedly positive with an index value of 64.

The DHL Global Barometer is published four times a year. The next release date is September 26, 2018.