Members of the Worldwide Project Consortium (WWPC) gathered in Vienna last week, as the network held its 20th annual conference. 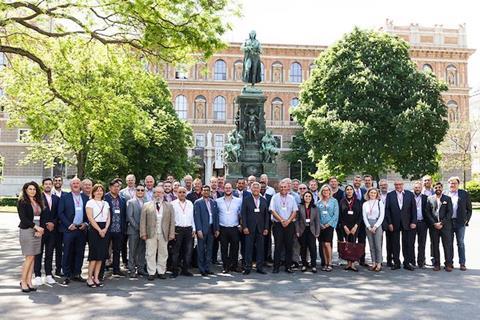 During the four-day event, hosted by Austrian member Bolk Transport, delegates could once again meet face-to-face while enjoying the Austrian city. The conference agenda included presentations from sponsors Wallenius Wilhelmsen and the port of Koper, as well as a talk from Professor Dr. Kummer, head of the Institute of Transport and Logistics Management at Vienna University of Economics and Business.

Five companies received a certificate of membership – Steder Group in the Netherlands, Kaleido Logistics in Spain, LS Cargo in Germany, Procargo in Finland, and Gulf Maritime General Trading & Contracting in Kuwait. Dubbed as founding members, these companies were all present at the very first WWPC membership conference in Brussels in 2001.

The WWPC auction raised EUR20,000 for the CliniClowns Austria Association and saw items from Bolk Transport, Wallenius Wilhelmsen, the port of Koper and BBC Chartering up for grabs.

The last day of the conference saw a new board of advisors elected: Elmer Sarmiento, Royal Cargo in the Philippines; Ahmed Dahshan, KML in Egypt; Marcel Hafemann, Ambercor Shipping in the USA; and Ole Dammann, LS Cargo in Germany.

The network also selected Toronto, Canada, as the location for the next membership conference. Hosted by Ambercor Shipping, the 21st annual conference will be held during September 2023.