ALE has performed several moves required for the construction of the Johan Castberg FPSO’s hull in Singapore. 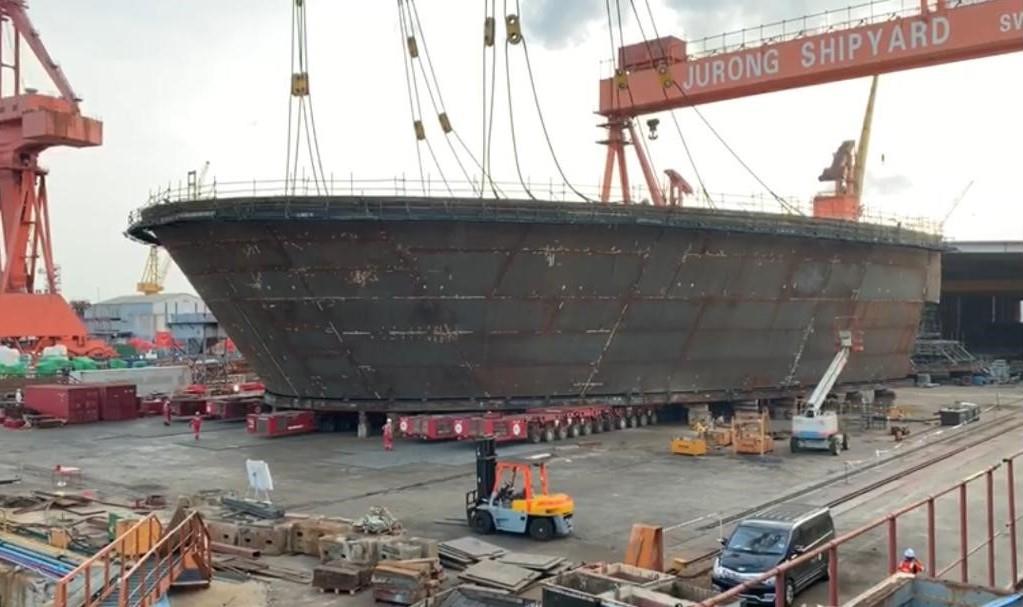 The Johan Castberg FPSO will begin production 140 km off the Norwegian coast in 2022. The hull of this 95 m-long vessel is being constructed at a facility in Singapore prior to its transportation to Scandinavia.

ALE’s first task was to weigh the components prior to transport, a task that was achieved by means of weightor jacks and a jack-up module. The first section tipped the scales slightly above the 2,700-tonne specified weight – and ALE was forced to mobilise an additional 36 SPMTs for the next stage of the project.

150 axles lines of SPMTs, plus a 150-tonne transport frame, were manoeuvred beneath the hull section. The unit was then shifted 500 m across the site. A second module, weighing 2,934 tonnes, was lifted and transported in an identical fashion.

Both sections will ultimately form part of the bow of the Johan Castberg FPSO, which will be shipped from Singapore to Hammerfest, Norway at the start of 2020. The FPSO is expected to recover between 450-650 million barrels of oil from 30 subsea wells.