ALS’ operations team in Hull coordinated the transport of oversized second-hand airport equipment and machinery from the UK to Sierra Leone. 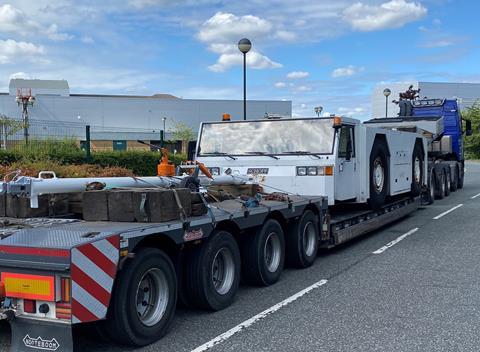 The cargoes were destined for a new airport that is under construction in Sierra Leone. Equipment was moved from UK airports and included a loader, two wide-body pushback vehicles, two containers with a total of 16 dollies, and a two bar.

Various trailers were required to move the equipment to a UK port ahead of shipping to Sierra Leone. Due to low ground clearance a crane was organised for the handling of the loader.

For the 16 dollies, ALS was responsible for collecting the items and loading them into 40 ft containers.