In cooperation with DB Schenker, Antonov Airlines transported components of a dismantled jet from Viracopos International Airport, Brazil, to Miami in the USA. 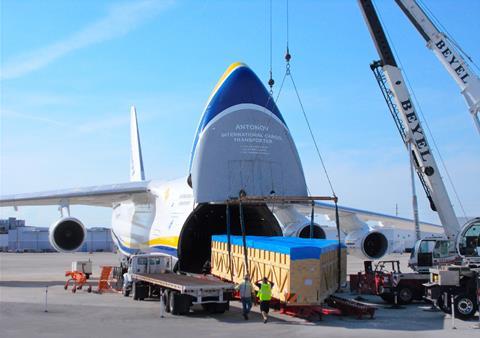 Prior to the transport, the cargoes were dismantled into six separate crates with dimensions that met the aircraft specifications, according to Antonov. The parts, which were transported onboard an AN-124-100 aircraft, included 15 m-long wing sections and two fuselage sections that measured 12 m long.

Antonov designed and manufactured special loading equipment, which was used in conjunction with two external cranes as well as forklifts.

Alvaro Zanella, airfreight business development and operations manager at DB Schenker, said the operation was challenging due to the size of the cargo, the delicacy of the components, and the tight deadline. Antonov added that it arranged the transport with one week’s notice.