Intermodal Forwarding Spain and FLS Australia have worked together to support the construction of the East Rockingham waste-to-energy plant in Western Australia. 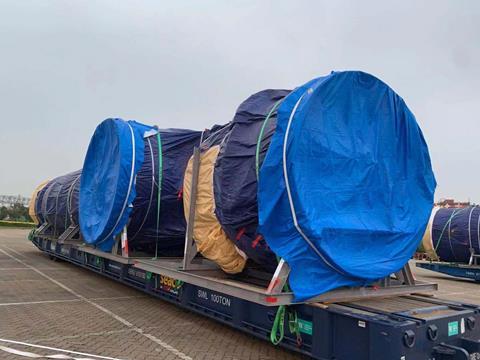 Materials for the project were loaded at Chinese ports, including the port of Qingdao, and had to overcome congestion issues to ensure the cargoes arrived at the project site on time.

The most challenging shipment was the ducts. These were originally scheduled to depart Qingdao due to the port’s close proximity to the supplier’s facilities but had to be re-routed via Tianjin because of a lack of 40 ft flatrack containers. In Tianjin, the ducts were shipped onboard a ro-ro vessel.

Other materials were shipped out of Qingdao to Fremantle port using high cube containers.

Intermodal Forwarding Spain and FLS Australia are members of the XLProjects (XLP) network.