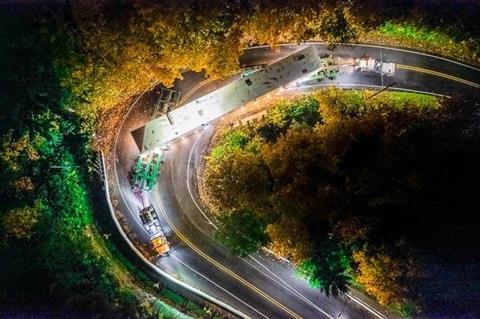 The shipment included two heat exchangers, one argon cold box, and one rectification cold box. Various other smaller cargoes were delivered as the project progressed.

Following a delay to the vessel’s arrival at port, Omega Morgan’s team then delivered the components two at a time along a 72 km route over two consecutive weekends.

Prior to the operation, the company spent 10 months developing an elevated bridge system over a section of the route that was unable to handle the load.