STA Logistic has delivered a reactor tip from Italy to the Mozyr oil refinery in Belarus. 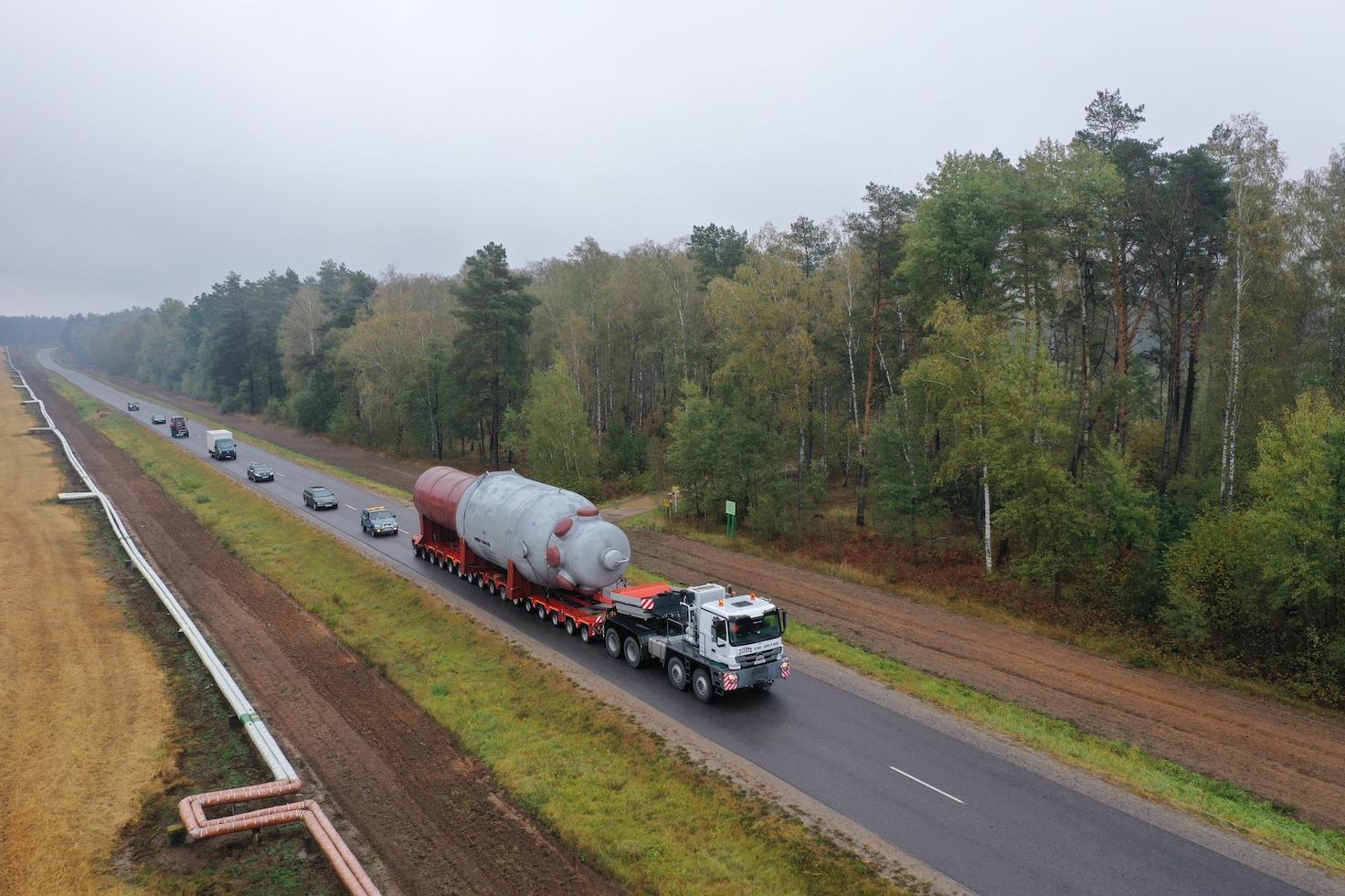 The unit was transported from the port of Ortona to the port of Kherson in the Ukraine on a breakbulk vessel. From Kherson, STA Logistic organised a towing barge to move the reactor tip to a berth at the Mozyr oil refinery, as well as the overland transport to the construction site, using a 14 axle combination.

The most difficult part of the project, according to STA Logistic, was the route from Kiev to the Mozyr jetty. The company said: “Due to bad weather conditions, we had to stop moving for two days for safety reasons. Then, in Belarus we faced another problem – the water level in the River Pripyat went down. To pass through some districts we had to drag the bottom.

“We also had to build a sand dump to block the jetty channel and pump the water into it.” This allowed the barge to be set level with the berth to enable the unloading of the cargo, which was rolled off the barge and delivered to the site.”

According to WCA Projects, of which STA Logistic is a member, the entire transport operation was completed in 24 days.