A report from the Maritime Oslofjord Alliance suggests that just 15 percent of the shipping fleet (above 5,000 dwt) is viable for conversion to alternative fuels. 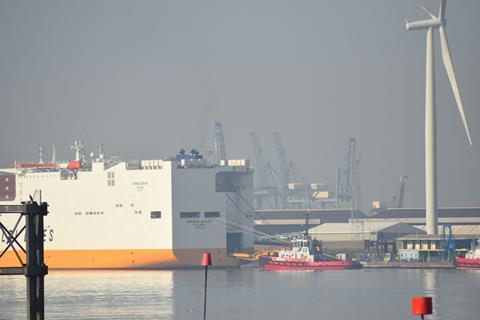 The report, titled Energy Transition in Shipping – Facts and Timeline, analyses what can be done to curb emissions from tankers, bulkers and containerships in three to five years’ time. It states that just 2,700 ships feature electronically controlled main engines that make them viable for conversion to alternative fuels.

According to the study, the three segments of vessels above 5,000 dwt account for about 80 percent of the greenhouse gas emissions (GHG) from the world fleet of around 94,000 vessels. Some 19,000 vessels of more than 25,000 gross tonnes, or 21 percent of the global fleet, consume 65 percent of all fuel used in shipping. Reducing emissions from such ships will have the largest tangible environmental impact, but most existing vessels will need to find current technical and operational measures to do so.

It highlights slowing ship speed as “the most powerful way to cut emissions”, citing an estimated reduction of 50 percent in fuel consumption and emissions by reducing speed from 15 to 12 knots. A 10 percent reduction in speed for a typical merchant ship is estimated to cut emissions by 27 percent. Another operational measure to reduce emissions is using drop-in biofuels or e-fuels into the existing fuel.

There are also technical steps that can deliver significant fuel efficiency gains including modification and optimisation of hull and propulsion equipment, as well as retuning the engine for lower loads at reduced speed.

Report author Svein Helge Guldteig, from Ocean Consulting, said: “Slow steaming has formerly been used sporadically over the past five decades to save fuel costs in periods with high fuel prices and adverse market conditions.

“In recent years slow steaming has been applied in many shipping segments, and reduction of emissions of existing ships beyond the current level will require even lower speed and/or other technical and operational measures applied in the future.”

He added: “Digitalisation can now play an important role in supporting operational measures and realising potential savings from fuel optimisation that were not possible only a few years back.”

Aside from a limited scope for retrofits, the report highlights drawbacks with fuel conversions related to cost, regulatory compliance, energy density and fuel tank space requirement that can negatively affect commercial operations.

The report further states that scarce availability of alternative fuels and most likely limited shipyard capacity will limit the readiness to adapt quickly for the large vessel shipping segment. It also questions whether there is enough shipyard capacity to renew the global shipping fleet within the time limits set by regulators.

Heavy investments will be needed to scale-up global supply infrastructure for green and blue fuels, which is not expected to be in place until 2035-40 at the earliest, also challenged by the fact that existing LNG bunkering vessels sufficiently can supply only around 5 percent of the world fleet.

The report was funded by Oslo Shipowners’ Association as well as Oslo Maritime Foundation.