A stagnating fleet and slower growth 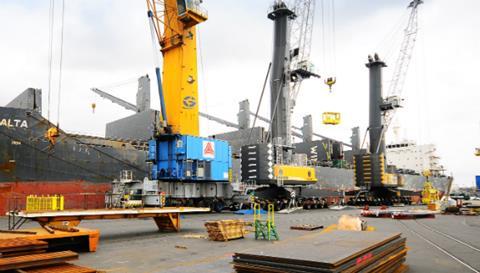 Over the last month, Drewry’s Multipurpose Time Charter Index continued its decline, and at a faster rate than previously predicted, as HLPFI reported here. Spot rates in both the container and bulk sectors lost between 10-30 percent of their value during September, taking multipurpose charter rates down with them.

Susan Oatway, Drewry’s senior analyst for multipurpose and breakbulk shipping, said that she expects “more of the same” during October. She noted that the index will likely see a further 5 percent decline.

This comes off the back of growing economic uncertainty – the war in Ukraine and its knock-on effects on food and energy prices are having a negative impact on charter rates. Notably, expectations for global economic growth have declined in recent months. The International Monetary Fund (IMF) downgraded its forecast for global GDP growth in 2023 to 2.7 percent; 2.9 percent growth was forecast during July and 3.6 percent in April.

“The cost-of-living crisis, tightening financial conditions in most regions, Russia’s invasion of Ukraine, and the lingering Covid-19 pandemic all weigh heavily on the outlook,” said the IMF. “Global growth is forecast to slow from 6 percent in 2021 to 3.2 percent in 2022 and 2.7 percent in 2023. This is the weakest growth profile since 2001 except for the global financial crisis and the acute phase of the Covid-19 pandemic.”

In terms of trade demands, the multipurpose and heavy lift sector bounded back over 2021. That growth is expected to slow but still average at around 2 percent per year to 2023. Oatway said that this is still positive growth even though it is much slower than the “bounce-back period”.

Much of recovery, she said, is to do with the supply chain crunch in competing sectors rather than volumes. That effect has started to weaken and will continue to deteriorate in second half of 2022 and into 2023.

Drewry’s analysis is based on a multipurpose fleet of 3,224 vessels, of which 2,000 have a lifting capacity of less than 100 tonnes – these are the smallest and also the oldest vessels in the mix, said Oatway. The premium project carriers, with lifting capacity over 250 tonnes, includes 369 vessels and are among the youngest in the fleet with an average age of 12 years.

The concern, according to Oatway, is the level of overaged tonnage in the multipurpose fleet. “There is a clear bulge in newbuilding from 2007 to 2013 and then a lack of deliveries in the project carrier sector… with barely any deliveries from 2017 to 2021.” Oatway acknowledged that there has been around half a dozen newbuildings delivered in 2022 but warned that it is still “really thin on the ground”.

Overall, the sector is underfunded and the short-term outlook for newbuildings remains weak, said Oatway. The forecast predicts that newbuildings may pick up marginally after 2023, when space is available, and the development of a more eco-conscious fleet is more viable.

With low demolition rates and little newbuilding activity, Drewry said that the multipurpose fleet is stagnating, with an average fleet growth of 1.3 percent this year and next. Within that outlook, however, there are two trajectories: a contraction of the simple multipurpose tonnage, and growth in the project carrier fleet at about 3 percent compound average growth rate to 2023.