ALE was contracted to undertake a variety of services for the Wikinger project across two project sites in Cadiz and Ferrol.

The company's work in Ferrol was divided into three tasks: weighing 12 jackets, transporting 29 jackets within the Navantia Fene shipyard and loading out the 29 jackets.

Each jacket weighed between 625 and 650 tonnes, and was loaded out using self-propelled modular transporters (SPMT) and a CC8800 crawler crane. Throughout the project, ALE has performed over 60 land transports and 29 load-outs.

The Wikinger project also includes the transport and load-out of a jacket and topside in Puerto Real, Cádiz.

"In order to comply with the client's schedule, we adopted a new technique to attach and detach the jacket to the crane and, as a result, we were able to reduce each load-out by three hours to complete it within just nine hours," said ALE project engineer Hussam Kasis.

The jackets and other components will eventually form part of the Wikinger offshore wind farm in the Baltic Sea. 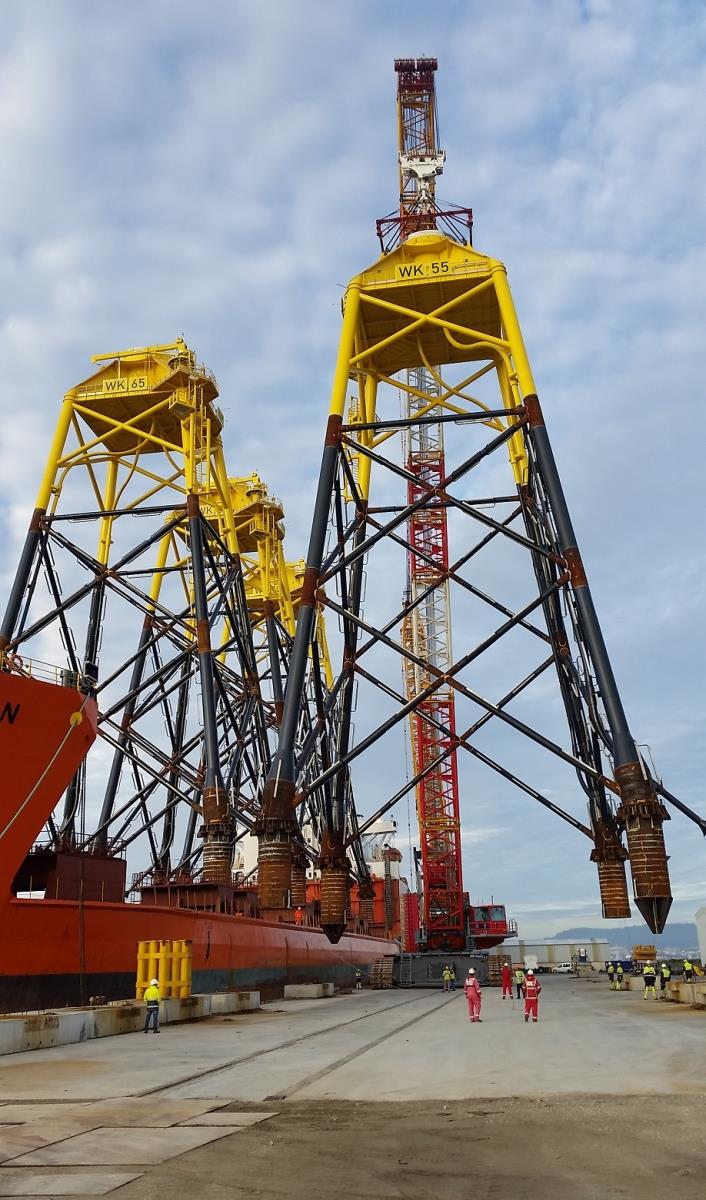