All aboard the Chipolbrok Moon

Chipolbrok Moon has called at the port of Hamburg to load three 60 m-long units, each weighing 29 tonnes. 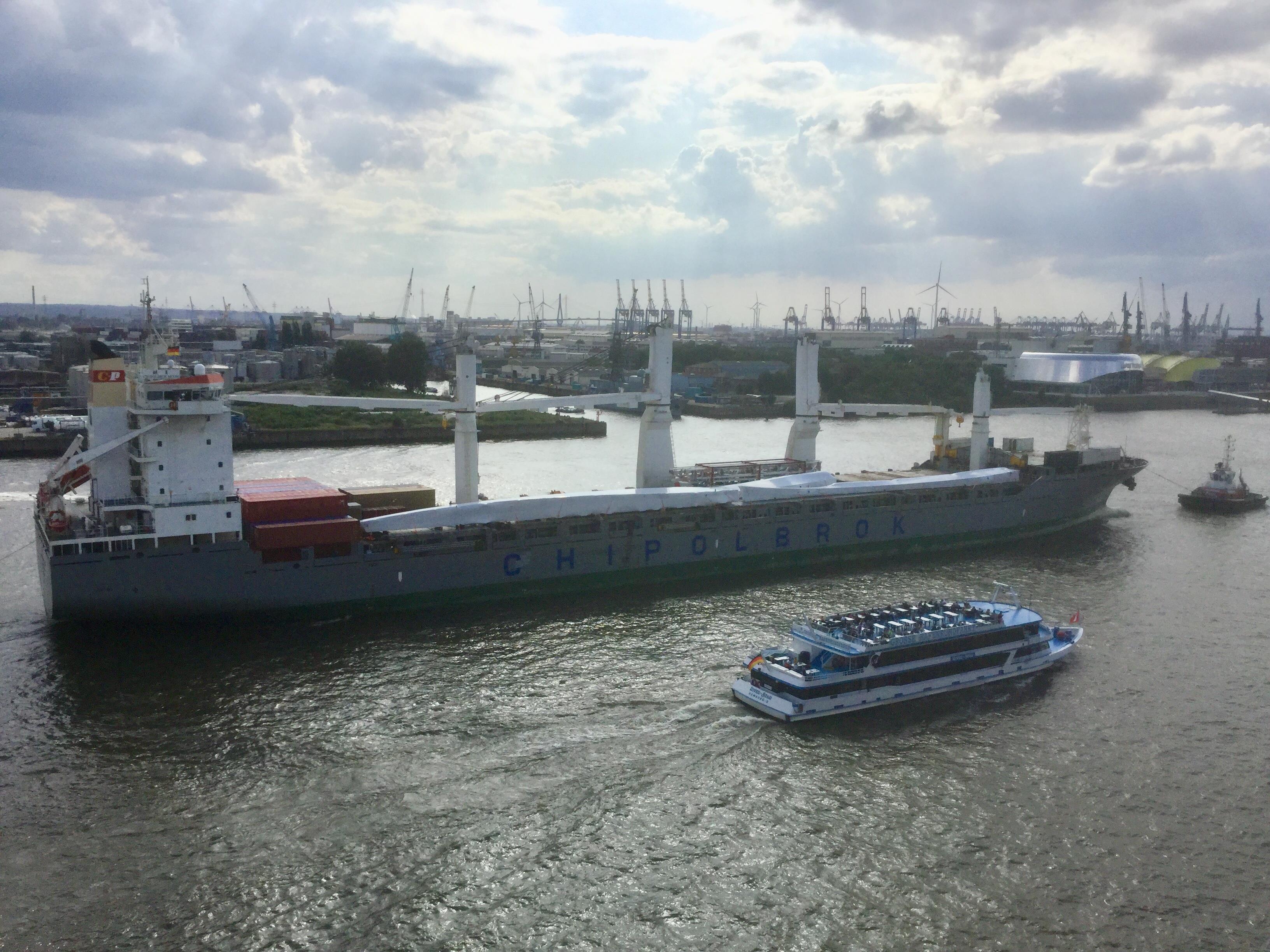 The multipurpose vessel, operated by Chinese-Polish carrier Chipolbrok, arrived at the German port after calling in Antwerp where an oversized aluminium structure was loaded on to the ship’s weather deck.

Once in Hamburg, the moulds, which had a width of 5.3 m, were lifted onto Chipolbrok Moon from a coaster vessel that was positioned alongside it.

The units, which will be transported to Shanghai and used for the production of wind turbine blades, had to be manoeuvred between the ship’s cranes before they were secured on the starboard side of the vessel.

In addition to the moulds, Chipolbrok loaded rolling stock destined for Jakarta, with unit weights up to 116 tonnes; two 60.5-tonne diesel engines, which will be transported to a shipyard in Mumbai; 12 units, weighing 57 tonnes each and measuring 19.55 m x 4.81 m x 2.6 m, that will be discharged in Panglai and delivered the China’s Shandong peninsular; as well as containers and accessories.

Before the vessel departs for the discharging ports, it will call at Bilbao to load the final cargoes.