August 26 - Mammoet has successfully connected the two halves of the New Safe Confinement (NSC) structure at the Chernobyl nuclear power plant in Ukraine, built to house the Reactor Unit 4, which was destroyed in the disaster of 1986.

Following the installation of the east half of the arch in November 2014 - see page 25 of HLPFI's Nov/Dec 2014 edition (Issue 41) - the west half was erected this July.

The delicate operation, which allowed only 3 mm leeway on the structure's alignment, took six hours in total to complete. Mammoet developed a specially designed skidding system with a Teflon surface in order to slide the sections into place. A total of 56 skidshoes, with a minimum capacity of 703 tonnes each, were used to move the east arch towards the west arch, which is currently still standing on temporary supports.

The system was designed to be fully remote controlled, so that the arch could be moved over the makeshift 'sarcophagus', which has until now housed the unit's remains, from outside the contaminated location.

Novarka JV is in the process of tightening the structure's estimated 1,000 bolts to fully connect the two halves of the arch, which, once joined, will span 260 m, with a height of 110 m, a length of 165 m and a total weight of over 35,000 tonnes. The skidding of the completed NSC a distance of over 330 m into its final position, is planned for Q4 2016, and is due to last approximately one week.

The NSC will provide a controlled, weatherproof environment for the solid radioactive remains of the destroyed reactor unit for the next 100 years, as well as allowing a partial deconstruction of the old plant to be carried out in the future. 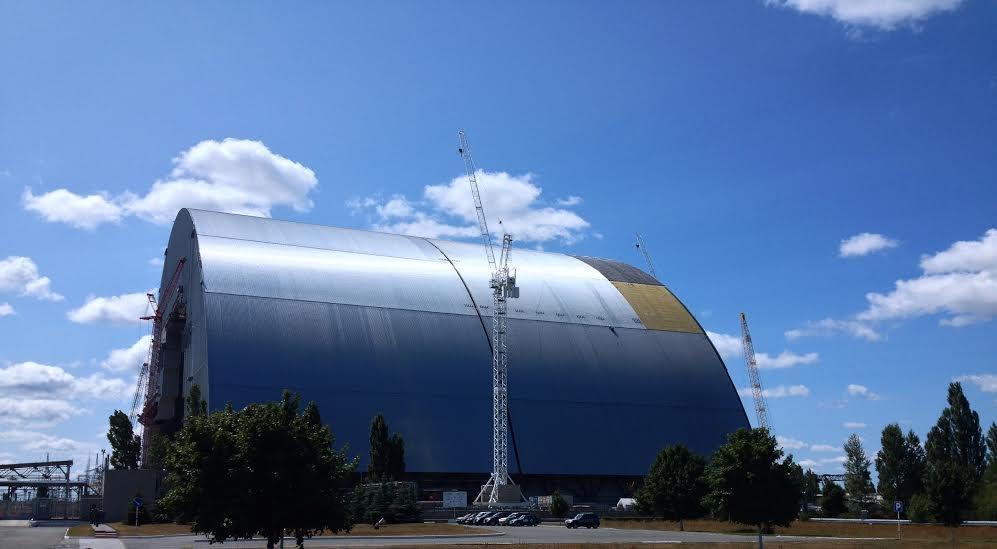