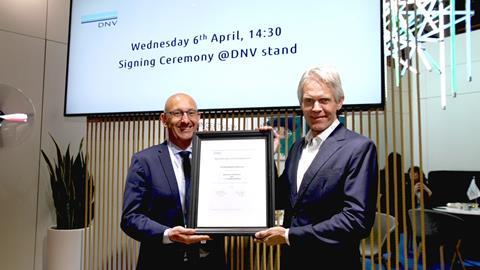 The concept emerged from internal research at Inocean and was further refined in the WINDMOOR research project, a four-year scheme funded by the Research Council of Norway and the offshore wind industry. INO12 utilises a simple and lean design, which has been tailored towards mass production and scalability. The concept also offers the possibility of full assembly at the quayside with direct access to the tower, said DNV.

“Floating offshore wind is a market that we predict will expand massively over the coming years – if we can build on a basis of trusted assurance. And for DNV this means to continue to develop our rules and standards, to empower partners like Inocean to push the boundaries of the technology further and expand the segment’s reach, with confidence and safety,” said Geir Fuglerud, director of offshore classification at DNV