November 20 - Maritime Synergy (Thailand) Co. Ltd has completed the transportation of 954 modular accommodation units from Nhongyai in the Chonburi province to Laem Chabang port in Thailand.

The move was part of an ongoing project, which began in September 2012 and in which Maritime Synergy moved about 80 of the units each month, with each convoy consisting of five units.

Each modular accommodation unit weighed 28.4 tonnes, with the dimensions 15.2 m x 4.3 m x 3.3 m. Due to the size of the units, the chassis on the trailers had to be custom-built for the moves.

From the port of Laem Chabang, in Thailand, the cargo was shipped to Australia and discharged in the port of Dampier.

One of the units has been listed as the biggest built and assembled in Thailand until now, claims the company.

Maritime Synergy is a member of the Global Project Logistics Network (GPLN). 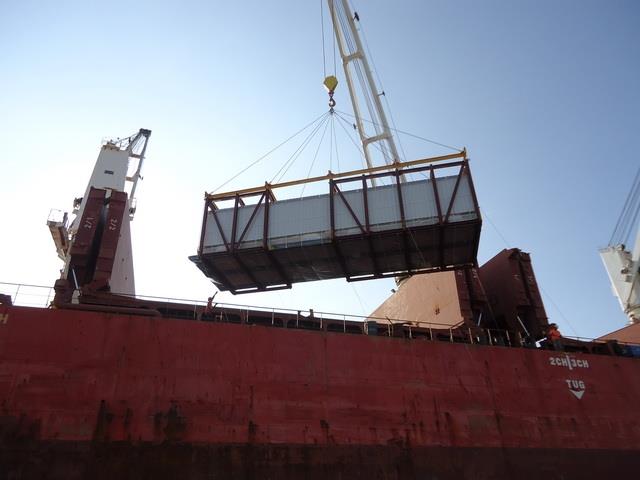