December 16 - Tuscor Lloyds has coordinated the transport of a 23-tonne tactical refuelling tanker for use by the British Armed Forces, from Stafford, UK to Penang in Malaysia.

The over-dimensional size and weight of the tanker meant that it had to be separated and loaded onto individual 40 ft flat rack containers.

Due to the military-sensitive nature of the cargo, the tanker had to be escorted by members of the British Armed Forces on its journey from the manufacturer's site in Stafford to the Port of Felixstowe.

Tuscor Lloyds' shipping coordinator, Martyn Blackburn, liaised with the Port of Felixstowe and the military personnel escorting the tanker, to ensure that the cargo arrived at its scheduled time.

On arrival at the port its lashing was checked and confirmed as secure for ocean transport, before the shipment was loaded onto the vessel using a heavy lift crane and delivered to the port of Penang. 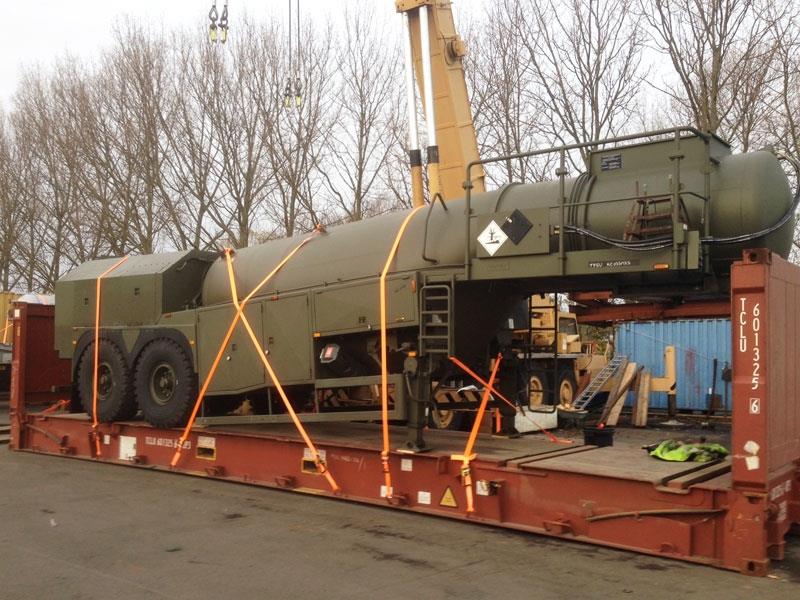