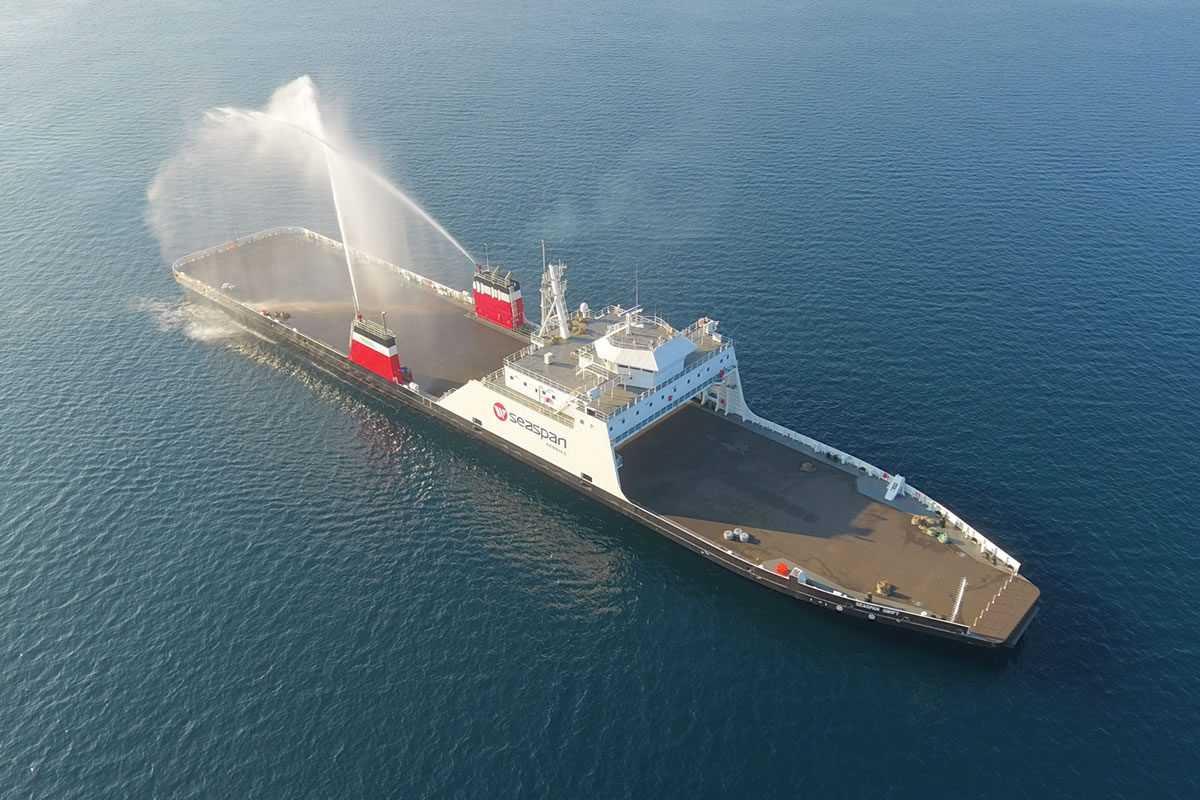 Seaspan Ferries currently operates a fleet of seven ships out of four terminals in British Columbia, Canada. The two newbuilds on order will be powered by natural gas-fuelled engines; 2 MWh batteries will power the Schottel propulsion package.

The order follows the delivery of Seaspan’s first two hybrid vessels, Seaspan Swift and Seaspan Reliant, which were commissioned just over two years ago.

“Thanks to the positive experiences we have had with Schottel thrusters in our first two LNG ferries, we once again opted for the German manufacturer. The efficient and sustainable propulsion solutions have helped us further expand our service offering and reduce emissions at the same time,” explained Harly Penner, director of fleet engineering and vessel development at Seaspan Ferries.

With a capacity of 1,034 lane metres each, the two newbuilds on order will primarily transport semi-trailers as well as automobiles. Measuring 149 m long and 26 m wide, they will also be capable of handling hazardous cargo, construction/logging equipment and project cargo.

Shipyards will start construction of the vessels at its Mangalia Shipyard in Romania later this year – both are scheduled to go into operation in 2021.