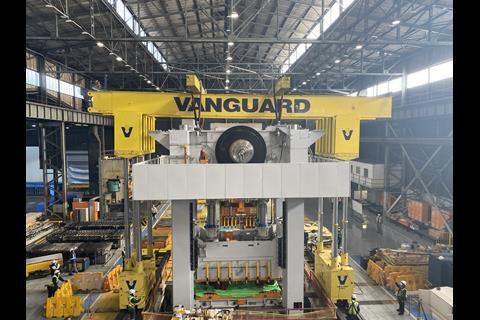 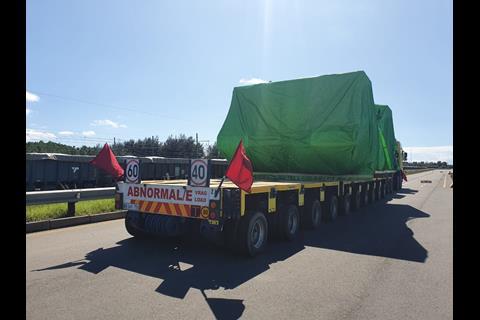 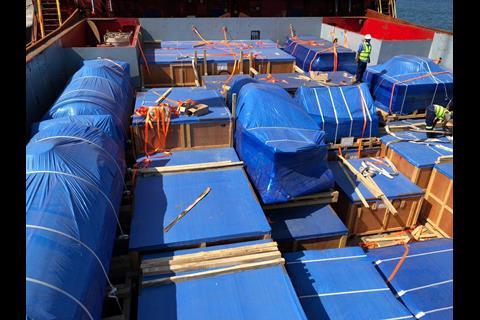 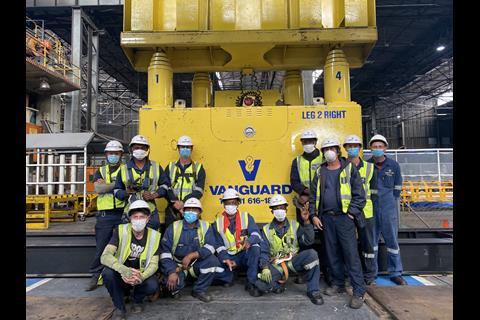 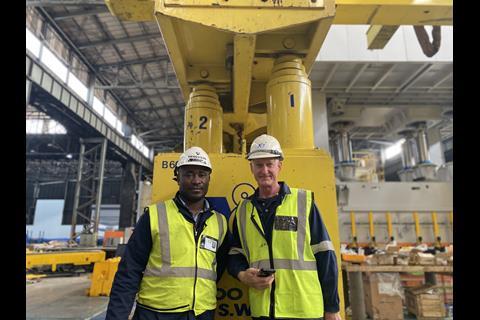 When Covid-19 threatened to stop the expansion of Nissan’s automotive manufacturing facility in South Africa in its tracks, Vanguard came up with a solution to keep the delivery and installation of a 2,000-ton (1,814.4-tonne) press on schedule and in budget.

Last year, Japanese vehicle manufacturer Nissan announced its plan to invest ZAR3 billion (USD176.5 million) in its Rosslyn plant in Pretoria so that the facilities could start production of the new Navara pickup model.

The expansion of the plant will create approximately 1,200 jobs; 400 on the Nissan payroll and 800 in the larger supply chain.

The plant is to become Nissan’s “anchor factory” for deliveries to Africa, the Middle East and India. To do this, the manufacturer contracted South Korea’s Hyundai Rotem to supply and install a new 2,000-ton (1,814.4-tonne) header press. South Africa’s industrial installation and relocation specialist Vanguard was contracted for the Ex-Works (EXW) delivery, installation and final commissioning at the site in Pretoria.

As soon as the preparation work had begun and the first component was delivered to site, the Covid-19 pandemic struck.

Before South Africa went into lockdown, the Hyundai Rotem supervisory team was required to return back to South Korea as an international travel ban was enforced – at this stage, it seemed that the project would have to be put on hold indefinitely, or until the supervisory team could return to the country.

Given the magnitude of the project, any delay would have a detrimental effect on the region’s economy. Indeed, the automotive and manufacturing sectors in South Africa are often regarded as essential to the industrialisation of the economy – the expansion of the Nissan plant could be a catalyst for development and growth.

In order to mitigate this, Vanguard approached Hyundai Rotem with a proposal to continue the project under the industrial relocation specialist’s full site management and supervision, with the aid of web-based consultation between Vanguard and the supervisory team in South Korea. This proposal meant the press could be delivered and installed in line with the delivery schedule.

With full confidence in Vanguard, Hyundai Rotem accepted the proposal and the project was reinstated with immediate effect.

Christian Ituze, Vanguard project engineer onsite, explained: “The majority of the world already utilises online management and commercial interactions via web-based portals for their work. Due to the nature of our industry this is not a key element of our business, but what Vanguard managed to do was harness this tool and positively aid a project that would otherwise have been indefinitely suspended to the detriment to the economy, job creation and the industry.”

Once approved by the team in South Korea, Vanguard was able to complete the transportation of the press to site.

The heaviest and biggest pieces of the press – the base, the slide and the crown – had to be moved from Richards Bay. The crown, which weighed 180 tons (163.3 tonnes) and measured 9 m x 6 m x 3 m, was deemed essential infrastructure and moved during level four of South Africa’s lockdown.

Vanguard was also responsible for all site works, including pre-planning and preparation as well as the assembly and installation of the press.

“Thanks to the solution from Vanguard, the project has been delivered ahead of schedule and within budget despite the pressures of a global pandemic, all while mitigating any commercial risk that might have arisen from stoppages,” added Roland Cumings, Vanguard managing director.

VanguardVanguard is Africa’s leading heavy lift and industrial relocation specialist. A private company established in 1974, Vanguard competes internationally, bringing world-class services and equipment to its clients across industries and across borders.