FROM THE MAGAZINE: Navigating challenging times

As risks to the global market economy stack up, HLPFI highlights some of the major challenges facing forwarders and shipping lines operating in the project logistics sector. 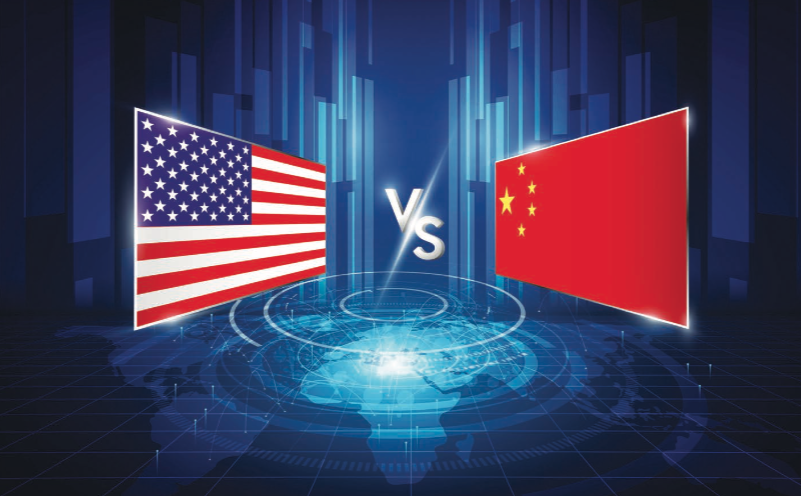 A report published by Economist Intelligence Unit (EIU) has identified a series of major potential risks to the global economy this year. Entitled ‘Cause for concern?’ the report anticipates that global growth will slow from 2.9 percent in 2018 to 2.8 percent in 2019 – and further to 2.6 percent in 2020.

Three main areas could drive growth even lower than these estimates. Geopolitical uncertainty and growing protectionism constitute the first source of risk that could affect trade, financial markets and the oil and gas sector. The second is vulnerability in large economies such as China, the USA and Italy (all of which have substantial burdens of debt), as well as in emerging markets – some of which are “highly exposed to global trade and capital flows”.

Third is the possibility of a long-term shift in global power dynamics, with the added complication of a changing security landscape. The rise of China versus the USA is particularly significant in this regard, the EIU said.

The top concern, according to the EIU report, is the possibility that tensions between the USA and China escalate into a full- blown global trade war.

The threat of additional tariffs on imports of European- made cars into the USA, for instance, could result in a broader trade conflict as the EU attempts to defend its economic interests.

National security concerns regarding Chinese network providers like Huawei are part of this too. “There is a risk that a number of additional countries could be dragged into a technology trade war, with international companies’ supply chains disrupted by split global network coverage.

There is a risk that a number of additional countries could be dragged into a technology trade war...

“As global growth slows, this scenario could also be triggered if a number of countries were to decide to impose broad-based import tariffs and subsidise local industries in order to combat international protectionism,” the EIU said.

Second on the list is the potential for the corporate debt burden in the USA to transform the country’s downturn into a recession. While EIU considers a damaging recession unlikely, given the “robust” state of the country’s economic fundamentals, it said that corporate debt has “surged” to just under 47 percent – and the quality of that debt has fallen. EIU notes that “a US recession would greatly exacerbate a global slowdown, with countries affected by declining US demand for goods and weakening investment”.

Despite last year’s pressure on emerging markets resulting from a strong US dollar having eased, “market sentiment remains fragile” in these countries. The possibility of a broad-based emerging-markets crisis, resulting from the rising value of foreign-currency debts alongside political instability and poor policymaking, cannot be ignored.

An economic downturn in China is another key concern; domestic credit stood at over 230 percent of GDP at the end of the third quarter of 2018, the EIU said.

“If the Chinese government was unable to prevent a disorderly downward economic spiral, this would lead to much lower global commodity prices, particularly in metals. This, in turn, would have a detrimental effect on the Latin American, Middle Eastern and Sub- Saharan African economies that had benefited from the earlier Chinese-driven boom in commodity prices.

“In addition, given the growing dependence of Western manufacturers and retailers on demand in China and other emerging markets, a disorderly slump in Chinese growth would have a severe global impact – far more than would have been the case in earlier decades.”

When asked to comment on some of the most prominent challenges in the project logistics sector, industry figures drew attention to structural changes in the market.

“As the saying goes ‘the only constant is change’, and in our industry we are evolving constantly,” said Luke Mace, senior vice president for Geodis’ Industrial Projects activity. One of the biggest changes for Geodis is the changing face of the competition.

“The larger EPCs, in particular, have been going direct to carriers for a long time now, and in some countries EPCs have logistics teams bigger than most project forwarders.

“In several markets we see cargo owners also owning sister logistics companies – then you are, in essence, competing against your customer themselves. What we are seeing more of though are carriers who aim at performing as a project forwarder.

“However, what is most important in my experience on any project or complex spot move is the first and last mile. “To be successful in any end- to-end supply chain you need more than ships. Our customers want to know that we have, for example, a strong Customs brokerage capability, a QHSSE programme that can be adapted to all environments, and an understanding of the importance of the socio- economic impact your project might have – and we need to be able to provide all of this in an easy-to-use IT system,” Mace explained.

What is most important in my experience on any project or complex spot move is the first and last mile.

Multipurpose shipping line BBC Chartering, for one, is reportedly in the process of launching a logistics services division in Southeast Asia.

John Pittalis, AAL’s marketing and communications manager, commented: “There are several multipurpose operators looking to establish forwarding arms as part of their operations. A move like that is understandable for a carrier with an enormous operating fleet and the negotiating power and constant shipowner pressures that lie there in.

“In our view this is not healthy, considering the potential harm to relationships from conflict of interest and competing elements that such an endeavour would bring. AAL is a carrier first and foremost and has been there for our customers for 25 years – forwarders and cargo owners alike. Therefore, even with one of the sector’s largest fleets, such a move would pit us against the very same customers with whom we have built such strong ties – something that could only be counter-productive,” he added.

There is also a risk when diversifying to other business models that could end up harming the quality of core services, added Pittalis. “We actually witnessed the reverse of this when logistics companies tried to enter the shipping space – and their lack of expertise and track record proved compelling. We plan to stick to what we do best and continue to serve the market – the whole market.”

With regard to carriers launching project freight forwarding arms, Ove Meyer, owners’ representative of Zeamarine and managing director of Zeaborne, said: “I have my doubts about whether this is the right way to go”.

Meyer believes that there are no carriers on the market that have the financial capacity to offer additional project freight forwarding services. The burden of acting a project owner would simply be too great.

For Zeamarine, it will organise certain additional logistics services when requested, but Meyer said: “We are not willing to set up these services as a standalone business division. We will focus on our core business – ocean freight.

“I can only see a company being able to offer both the multipurpose shipping services and forwarding activities if it is the result of a merger between a forwarder and carrier,” Meyer added.