HHM adds Egloff to exec board

December 17 - The Port of Hamburg Marketing (HHM) has appointed Ingo Egloff - a member of the Hamburg City Parliament and the Bundestag for many years - a HHM executive board member.

Egloff will take office on January 1, 2014. Until the federal election in autumn 2013, Egloff was a member of the Bundestag, the lower house of Germany's parliament.

He has also served as a member of the Bundestag Commission for Economy and Technology for the Social Democratic Party of Germany (SPD) and spokesman for his parliamentary group for the maritime economy.

Thomas Lütje, chairman of the supervisory board, HHM added: "In Ingo Egloff, we have succeeded in finding a distinguished expert on the maritime economy as a new member of the Executive Board of Port of Hamburg Marketing." 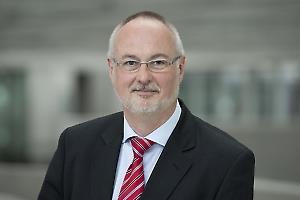