Jan De Nul Group has held a naming ceremony at the port of Ostend in Belgium for the offshore installation vessel that it acquired from Vroon Group in July 2018. 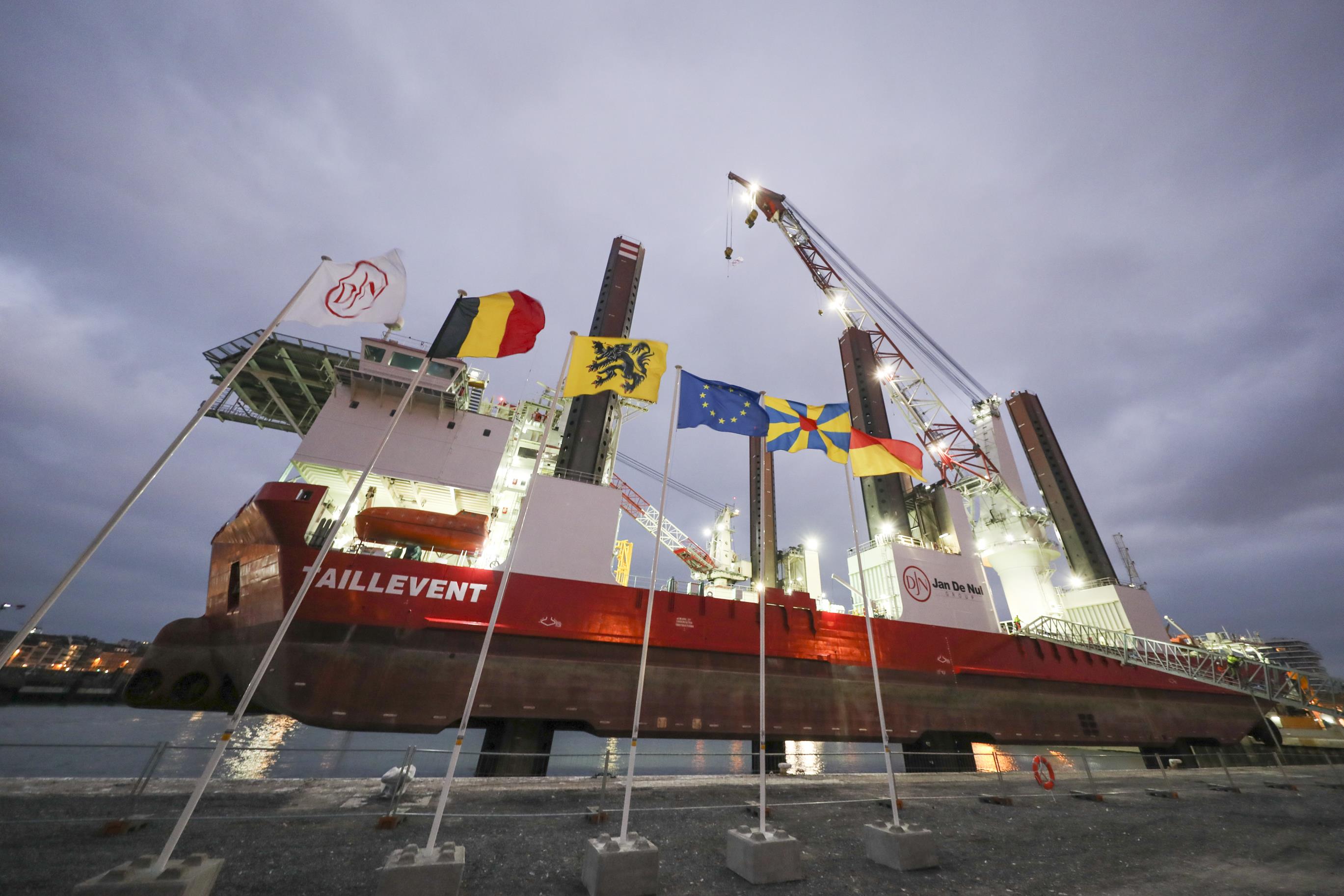 As HLPFI reported here, Jan De Nul acquired the jack-up crane vessel, which was operated by MPI Offshore, together with its crew and a number of MPI’s employees.

Taillevent is named after the 14th century French chef, Guillaume Tirel, who became known as Taillevent, and is specifically designed for the transport and installation of offshore wind turbines and their foundations.

According to Jan De Nul, the 2011-built vessel is also capable of servicing other offshore sectors, such as the oil and gas industry.

Measuring 140 m in length, it can operate in water depths up to 40 m and features six spud legs which lift the vessel out of the water in order to work in stable conditions. The on-board crane has a lifting capacity of 1,000 tonnes, while an auxiliary crane can lift up to 50 tonnes.

Philippe Hutse, offshore director at Jan De Nul, said: “We have been investing a lot in staff, expertise and equipment for our offshore activities. In 2015, we acquired the Vole au vent, and this summer the Taillevent; both specialised vessels for the installation of offshore wind farms. Meanwhile our newbuilding department works on more fleet expansion plans. These investments are key for Jan De Nul Group’s growth.”