Winds of change in the USA

Research from various industry analysts suggest that both the onshore and offshore wind energy sectors in the USA are on the cusp of receiving huge surges of investments. 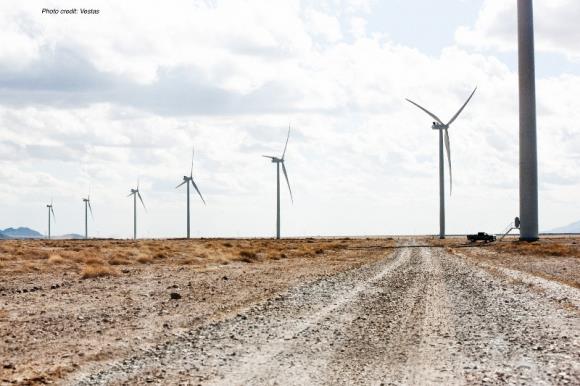 New research from Rystad Energy indicates that installed wind energy capacity in US waters could reach 20 GW by 2030. Annual investments in the sector could surpass USD15 billion by the mid-2020s.

At present, 6 GW of offshore wind energy capacity has been sanctioned in the USA, equating to approximately USD20 billion of investment over the next five years.

"Assuming continued support from the regulators, many more projects will be sanctioned in the coming years and we expect to see yearly investments in the sector exceed USD15 billion by the middle of the decade," said Tim Bjerkelund, head of consulting New York at Rystad Energy. “That would certainly signal an energy revolution and offshore suppliers should take note.”

Onshore, the prospects for wind energy are equally promising.

According to the Institute for Energy Economics & Financial Analysis (IEEFA), the Lake Benton II wind farm in south-western Minnesota was taken offline in October 2019 after 20 years of service – ten years short of its full operational life.

The Lake Benton wind farm is being reconfigured with 44 higher-performing turbines, with a combined output 100 MW. The original 138 wind turbines are likely to be repowered with new hardware, which gives them another 20 or 30 years of life, and reinstalled elsewhere.

In September last year, the USA broke the 100 GW mark in terms of installed wind energy capacity. The Energy Information Administration (EIA) is projecting that an additional 14.3 GW of capacity will be installed in the country this year.

The growth of wind energy comes as non-renewable power generation resources are shuttered, according to IEEFA. It reported that AES Southland retired a 506 MW gas-powered unit at its Los Angeles-area Redondo Beach plant, which was commissioned 70 years ago. Exelon had just retired the 820 MW, 45-year-old nuclear plant at Three Mile Island in Pennsylvania.

The 630 MW Unit 3 of the coal-fired, 39-year-old Baldwin Energy Complex in Illinois was shut down in September, as was the 100 MW Nucla coal plant in Colorado, after 60 years of operation,  IEEFA added.