Zeamarine has christened its latest newbuild Zea Fortune. This is the eighth ship in a nine-vessel order that was placed by Intermarine. 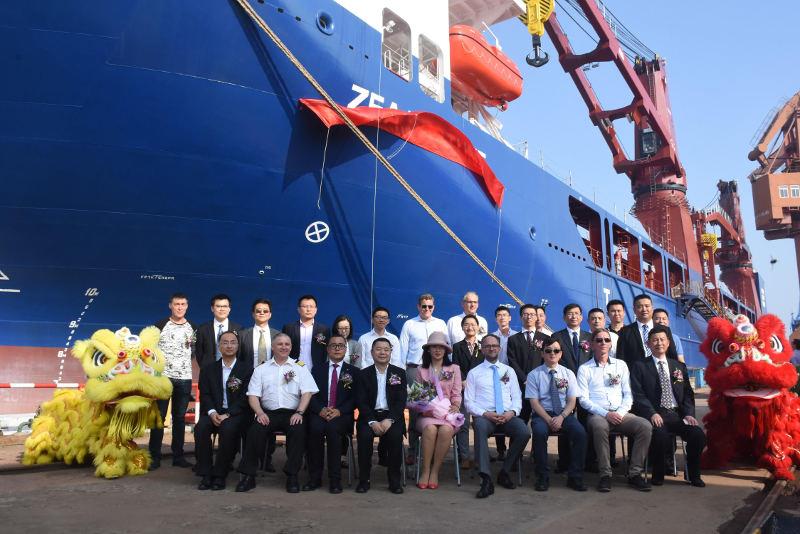 HLPFI readers will recall that three ships – Zea Color, Zea Frontier and Zea Fast – were delivered in January. Two more vessels, named Zea Flash and Zea Falcon, were added to the Zeamarine fleet in February followed by the delivery of Zea Focus in April.

Zeamarine said that the christening of Zea Fortune marks the end of the series with Hudong Shipyard. The last vessel on order – Zea Future – is under construction in Wenchong Shipyard and will be delivered in July.