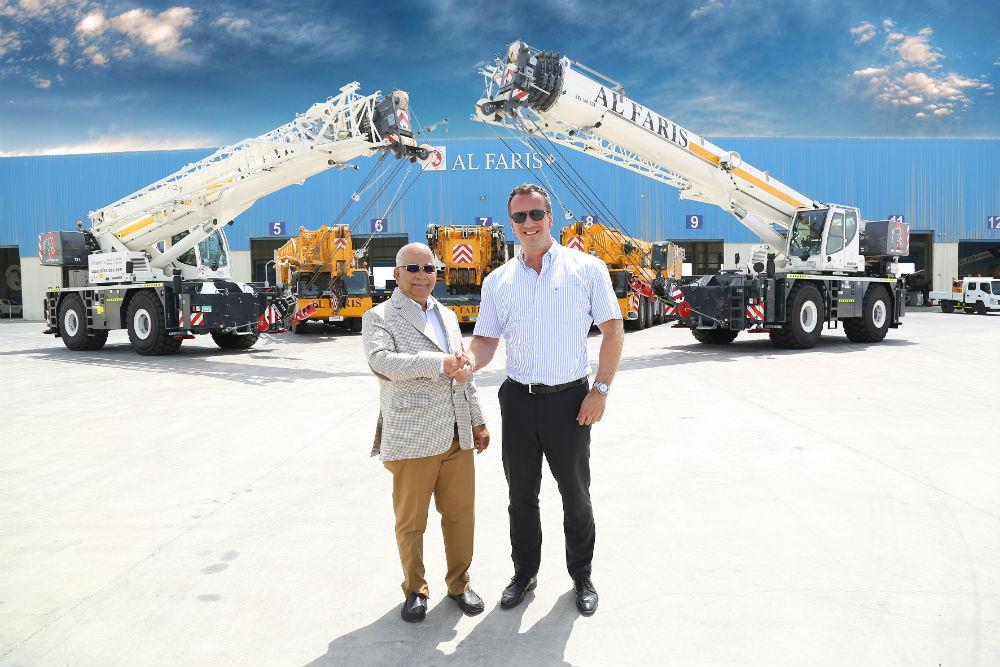 According to Liebherr, the LRT 1090-2.1 and LRT 1100-2.1 models, which were launched last year at Conexpo in Las Vegas, are the first units of the series to enter service in the Middle East.

The cranes are part of a large order placed with Liebherr, as reported by HLPFI here

Hillary Pinto, owner of Al Faris said that the deciding factors behind the purchase were the ease of operation and safety of the new Liebherr rough-terrain cranes.

Forming part of Al Faris’ fleet of over 350 mobile and crawler cranes, the machines went straight into use after the handover from Liebherr. They will be used for medium and long-term projects in the civil construction and mineral oil industries.

In total Liebherr will deliver 27 cranes, 14 LRT cranes and 13 LTM cranes to Al Faris before the end of this year. The total value of the order will be more than EUR23 million (USD27 million).