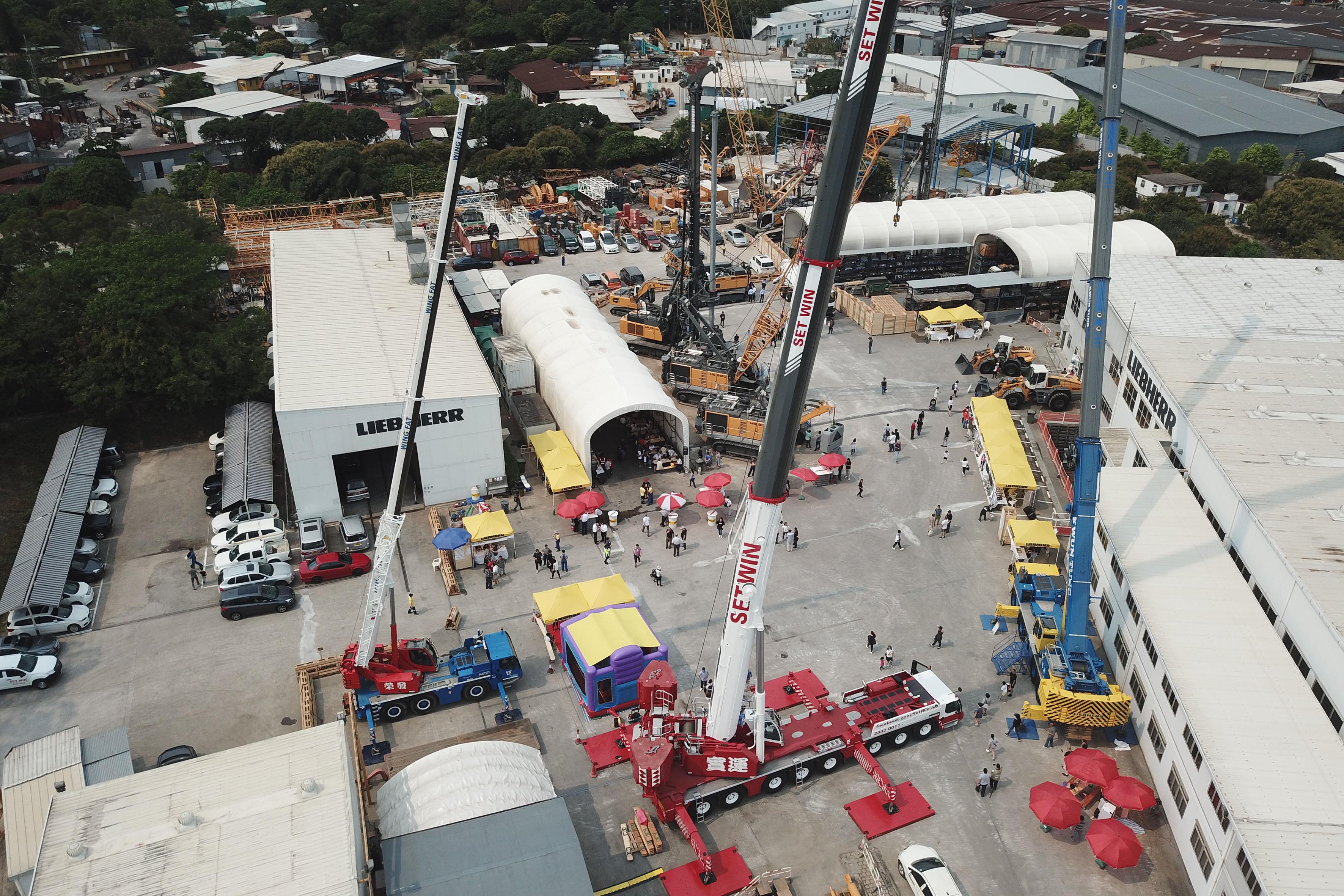 The eight-axle crane features a telescopic boom length of 85 m and will be used for tower crane assembly as well as hoisting steel structures and prefabricated concrete modules.

According to Alan Kan, managing director of Set Win Group, one advantage of the crane is the ability to be ballasted at the rear end of the undercarriage as well as at the front, which “makes things significantly easier on constricted sites”.

Later this year Set Win will expand its fleet of 25 cranes once again, with the addition of a 500-tonne capacity Liebherr LTM 1500-8.1 mobile crane. The two Liebherr eight-axle cranes will supplement each other in Set Win’s fleet, added Kan.