Mammoet has successfully replaced a 750-ton (680-tonne) converter vessel at a spent acid regeneration plant on the US Gulf Coast. 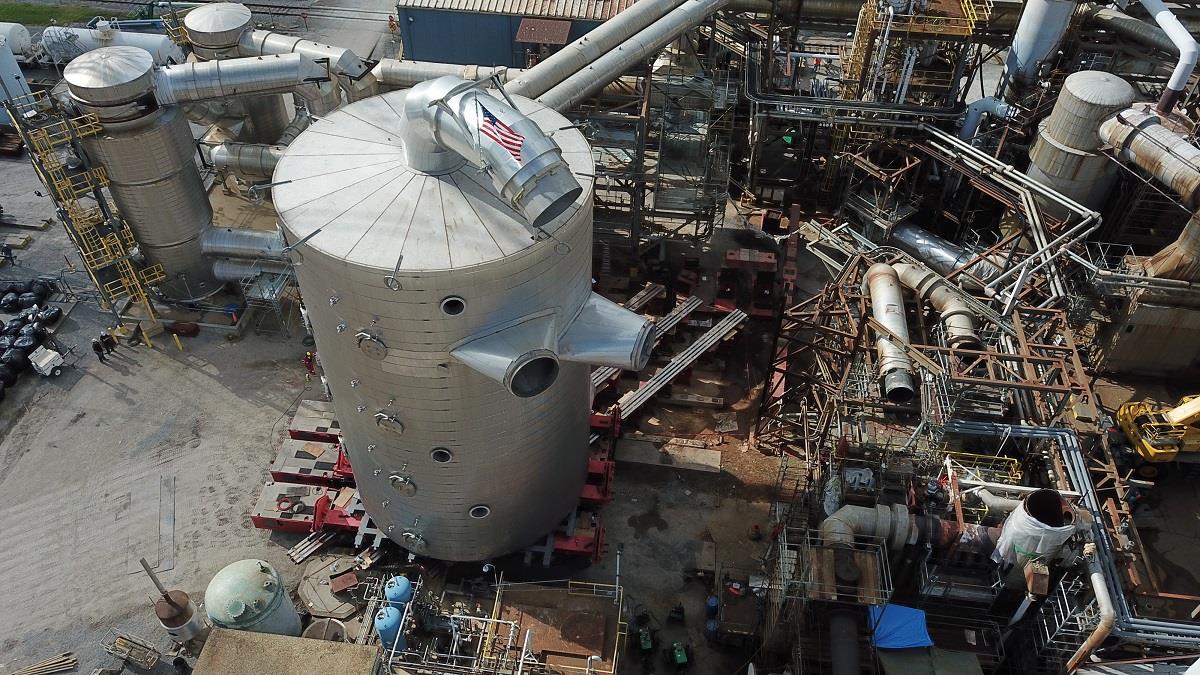 The converter vessel replacement was a critical part of the plant’s modernisation programme. The old unit needed to be switched out within restricted available space and with as little disturbance as possible to surrounding components.

Strict ground bearing pressures made the use of heavy-duty cranes and lifting equipment challenging. Instead, Mammoet designed a tailor-made solution – a jack and slide system that could cradle the vessel’s foundations in order to elevate and slide it in and out of place.

Mammoet installed custom beams that were narrow enough to slide between the foundation and still have the capacity to cradle the 680-tonne vessel. The beams were attached to jacking components on each side of the vessel and rested on a pair of climbing jacks at each end.

To remove the old converter vessel the entire arrangement was jacked up, lifting the converter in the process. It was then skidded onto SPMTs for transport out of the facility.

By reversing this operation, Mammoet was able to safely install the new converter vessel. This included aligning the skid track on SPMTs at precisely the right angle to ensure that the vessel would clear the existing structures. Once cleared, the converter was skidded into its final position.