Surging growth in renewable energy generation around the world and a construction boom in southeast Asia that is expected to run for the next ten years bode well for multipurpose shipping fleet, says Drewry. 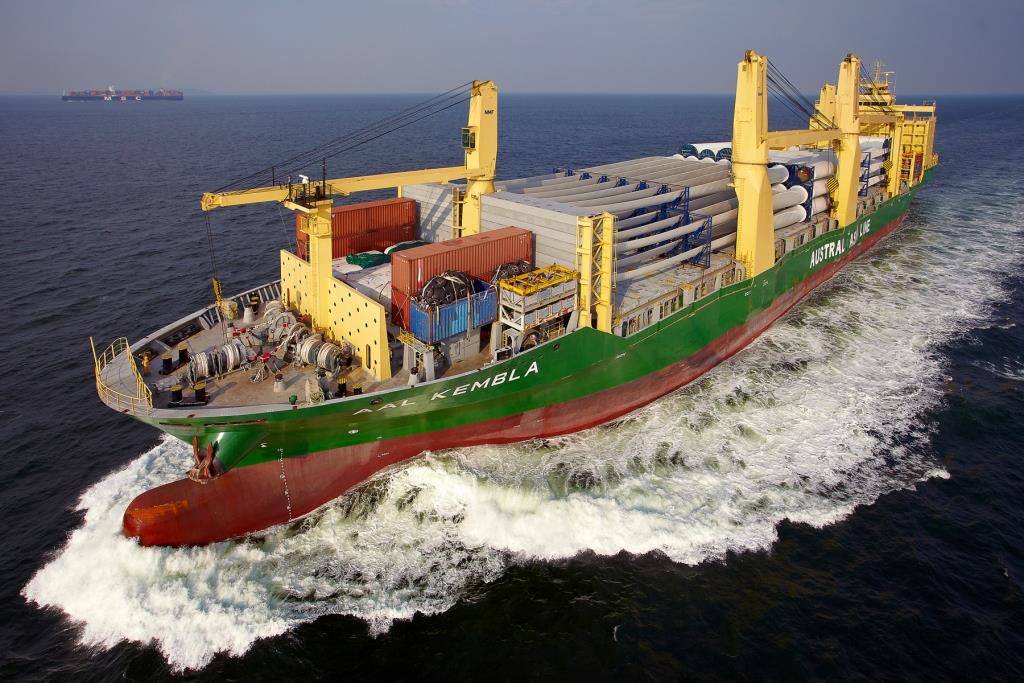 In its latest Multipurpose Shipping Forecaster report, the London-based shipping consultancy says it remains “cautiously optimistic” on the outlook for the sector. However, there are some caveats to this positive outlook.

Global general cargo demand is forecast to grow at a rate of just two percent per year until 2022, while the multipurpose and heavy lift fleet is expected to contract at less than one percent per year over the same period.

Meanwhile, the threat of a trade war continues to loom over the horizon. Drewry also notes that the container and bulk shipping sectors will continue to target high and heavy cargoes – once a preserve of multipurpose and heavy lift carriers – due to relative distress in their respective core markets.

While it is clear that threats remain, multipurpose carriers look set to benefit from the growth in demand for both breakbulk and project cargo. Drewry says there has already been an uptick in project cargo handling opportunities in certain industry verticals.

Drewry cites BP’s latest energy outlook, which reports that although renewable energy consumption is still a minor part of the global power mix, it is growing at a faster rate (almost 17 percent year-on-year) than any of the other fuel types.

Wind energy provided more than half of that renewables growth, which is positive news for the multipurpose sector. The equipment needed for a wind farm, such as blades and towers, is ideally suited to the multipurpose fleet.

Furthermore, the top two wind turbine manufacturers (Denmark’s Vestas and Spain-based Siemens Gamesa) are based in Europe, whilst the fastest growing region for installation is Asia – a perfect trade route and a growing market for project carrier tonnage.

China is rapidly adopting renewable energy technology and it reported a 25 percent increase in power generation from renewables in 2017, compared to 2016, to 106.7 million tonnes oil equivalent (mtoe). This accounts for 22 percent of global installed renewables capacity.

Drewry says that the other significant factor in its upbeat forecast is a region-wide construction boom for Southeast Asia that is expected to last for the next decade, largely fuelled by China’s One Belt One Road (OBOR) initiative. China is expected to continue developing OBOR-related transport links and infrastructure projects aggressively. India’s annual construction investment is also expected to increase by about a third over the next five years to an average USD170 billion per year.

The outlook for the competing sectors, although mixed going into the final quarter of the year, remains positive for the medium term. It is true that the impact of US tariffs is more keenly felt by the container shipping lines, but here too there is still growth forecast, albeit at a slightly weaker rate than previously expected.

There may be trouble ahead but the green shoots of recovery appear weatherproofed to withstand the volatility expected to the end of 2018. Longer term, owners are more positive post 2020 when the true picture of the various environmental regulations will have become clearer.

Drewry concludes its report with the suggestion that perhaps it should upgrade its forecast to reasonably optimistic. HLPFI would be interested to hear what our readers think about that.