FROM THE MAGAZINE: China funds Africa’s age of opportunity

With the population of Africa forecast to double by 2050, there is increasing demand for new infrastructure. Much of this is being funded by China, which has a huge appetite for the raw materials that are found on the continent, writes David Kershaw. 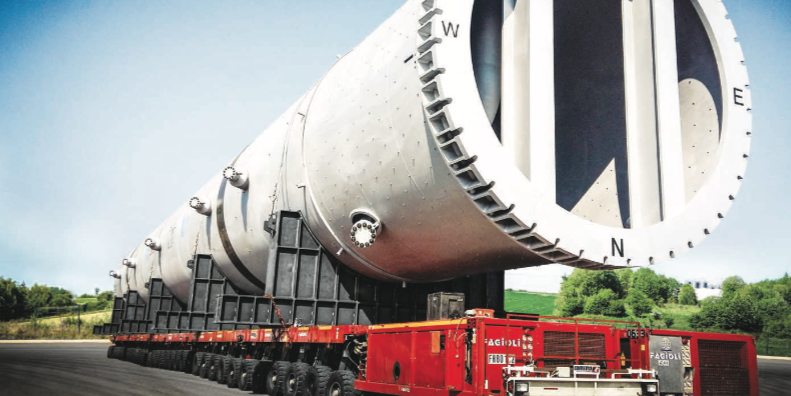 “Africa is the place to be over the next five years,” according to Rafael Vicens, head of projects Middle East, Africa and CIS (MEAC) at global freight forwarder Panalpina.

Increasing foreign direct investment, particularly from China, is driving a wealth of capital projects across the continent. “China wants to report double-digit growth and for that you need raw materials... China and its state-owned companies are investing approximately USD60 billion in the next couple of years in Africa,” said Vicens.

According to the Organisation for Economic Co-operation and Development (OECD), global consumption of raw materials is set to nearly double by 2060 as economies and populations expand, and living standards rise.

As developed and developing nations exhaust their domestic reserves, attention has shifted to untapped resources; Africa is home to some of the world’s largest deposits of vast reserves of bauxite, cobalt, industrial diamond, phosphate rock, platinum-group metals (PGM), vermiculite and zirconium. South Africa is one of the world’s largest sources of copper and gold, among other raw materials.

The US Geographic Survey, said that the Democratic Republic of the Congo (DRC) produces approximately 50 percent of global cobalt and holds about half of global reserves. DRC is also in the top-five producers of copper, diamonds and tantalum.

Population growth across Africa is driving capital projects in the continent. According to the United Nations (UN), between today and 2050 Africa’s population will have doubled and will sit at approximately 2 billion.

Supporting this population will require significant investments in all types of infrastructure, and the demand for project logistics services in order to support this development is only going to move in one direction – up.

One such project that got under way recently is a railway in Nigeria. A USD6.68 billion contract was awarded to China Civil Engineering Construction Corporation (CCECC) for work on a major segment of a railway linking Lagos in the southwest to Kano in the north.

Meanwhile, Andarko and Eni’s LNG developments in Mozambique, the Dangote oil refinery project in Nigeria, and Total ’s Tilenga project in Tanzania, were identified by Vicens as some of the continent’s most promising oil and gas projects for the logistics industry.

However, the 2013/4 oil price crash demonstrated the vulnerability of African oil producers to price fluctuations, with widespread project deferrals and delays. In a bid to protect themselves from market shocks, various African countries are diversifying their economies away from fossil fuels.

One manifestation of this strategy is the rapid development of renewable energy projects – predominantly in the wind and solar sectors.

In Egypt (Panalpina’s busiest country on the continent), Vicens said the company is working on the Benban solar project. In Morocco, it is coordinating logistics for a Spanish EPC for another solar development. Panalpina is also engaged in the Jasper solar energy project in South Africa.

However, it is the large-scale hydropower projects that have recently come to the fore that really catch the eye from a project logistics perspective – these developments are often in remote locations and access is restrictive. Vicens drew attention to four major developments.

Salini Impreglio is developing the Grand Ethiopian Renaissance Dam (GERD) project, located approximately 500 km north west of the capital Addis Ababa. Two power stations at the foot of the dam, comprising 16 GE-made Francis turbines, will have an output of 6 GW.

Lauca dam, currently under construction on the Kwanza River, Angola, will have a capacity of 2,069 MW when complete.

In 2015, Brazil’s Odebrecht awarded Austria-headquartered Andritz a contract to provide six 340 MW Francis hydro turbines, generators and other equipment for the plant. At the time of publication, two of the six turbines were operational.

Studies are ongoing at the USD13.9 billion Inga 3 hyd ropower project in the DRC. Inga 3 has been on the cards for more than a decade to address a power shortage that has curbed mining industry growth.

China Three Gorges Corporation and Spain’s Actividades de Construccion y Servicios submitted a joint bid in June 2018 to develop the 11 GW project. If approved, it is estimated to take seven years to complete.

Meanwhile, construction officially started at Tanzania’s 2,115 MW Rufiji hydropower project in February 2019. The project, on the Rufiji River at Stiegler’s Gorge, is being built for Tanzania Electric Supply Company (Tanesco). A joint venture of Arab Contractors Company and Elsewedy Electric is developing the project.

These projects might be at various stages of development but, if they all go ahead, they have “the potential to change the shape of Africa in the next decade and will reduce Africa’s dependency on oil”, said Vicens.

Undeniably, Africa is a continent of vast potential. However, political instability and issues with compliance procedures are very real risks that must be addressed.

As a result, Vicens said that Panalpina is extremely selective when it comes to the work it executes on the continent.

We are actively working on and researching projects in Tanzania, Mozambique, Angola, Egypt, Morocco, Ethiopia and Djibouti. There are countries in Africa, however, where the risks are too high.

“We are actively working on and researching projects in Tanzania, Mozambique, Angola, Egypt, Morocco, Ethiopia and Djibouti. There are countries in Africa, however, where the risks are too high.

“We are a 100 percent compliant organisation. If we try to enter a project and we see that other stakeholders are not willing to comply, we will not try to take the business.”

Vicens identified South Sudan, Somalia, Nigeria and the DRC as high-risk areas where Panalpina does not participate. Panalpina has its own offices in Kenya, Egypt, Angola and South Africa. Its activities beyond these countries is coordinated though a network of agents.

“In order to become our agent, they must pass our exhaustive process where they prove that they are fully competitive and compliant; they need to adopt our processes and procedures. That way every time we work with them we are sure that Panalpina is well represented,” said Vicens.

“One more thing that is challenging is local content regulations,” he added. “South Africa is the most difficult, together with Angola, I would say. You must hire local content, whether you want it or not. And this can impact your costs and affect your competitiveness.”